Badminton players to watch out for

The sport of badminton is one of thrills and unpredictability. No statistic or history or head to head can be used to guess the outcome of a certain match or tournament. There are giant-killers cropping up everyday, cutting short the run of “favourites” and breaking so many hearts. But then there are giant-killers who move up the ladder and evolve from shuttlers seeking to upset to stars themselves. They make a name for themselves and wish to be branded among the elite. Though no math can predict who will take the big steps to make history, there are certain players who perform consistently over a long period of time.

EssentiallySports brings you five of such badminton players to watch out for in the coming few months and years. Surprisngly, the list consists of no one from the badminton powerhouse- China, but is dominated by the new competitor -Japan. This can probably be attributed to their careful planning and training of prodigies to make them world beaters. But can it be assumed that China is sitting back? No. The dominant force will surely bring out players to match the pretenders soon enough. For now though, rest assured, you can certainly place your bets on these five very soon- maybe as soon as Rio 16.

The Japanese singles player has risen quickly through the rankings, from 56 in October 2014 to 9 in the latest rankings released by BWF. This rise started with the title victory at the Jeonju Victor Korea Grand Prix in 2014. 2015 started off on a better note with title wins at Malaysia Masters and the China International Challenge. Consistent quarter-final and last 16 performances continued at the Super Series tournaments before she pocketed the US Open Grand Prix and then made headlines with a victory at the Japan Open in early September.

Nozomi Okuhara’s path to being considered a serious threat including upsets against former World Champion Ratchanok Intanon and World No.4 Tai Tzu Ying. Already a regular member of the Japan national team in team events, Okuhara is certainly a player to watch out for in the years to come. 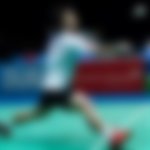 The men’s singles player from Taiwan has been in the top 15 for some time now. He had announced his joining the big league with his 2014 French Open Super Series victory in October of that year. More consistent performances followed, including a title victory at the Bitburger Open immediately. The 25 year old kept troubling the bigger names by making sure he reached at least the quarters of 7 tournaments since then, by upsetting established players on the way. The shock exit in the first round of the World Championships notwithstanding, Tien Chen is in fine form, finishing runners up at the Chinese Taipei Open and reaching the semi-finals of the Korea and Japan Open Super Series. Already at No.6 in the rankings Chou Tien Chen can prove to be the sport’s next big thing.

The first ever European World Junior Champion, the 21 year old badminton player is one more on the list who’s been in the top 10 for some time. Winner of a handful of Grand Prix tournaments and runner up at 3 Super Series tournaments in 2015, the Dane is making waves in the badminton world. Axelsen’s remarkable run over the past year also includes last 8 finishes at the Hong Kong, All England and World Championships. Known and already feared for his speed, deception and fighting spirit, Viktor Axelsen has the skill to emulate his fellow countryman and former World Champion silver medalist Peter Gade. With the right temperament, he can do much better.

From 69 to 10, Yamaguchi’s rise has been nothing short of exceptional. The youngest player ever to win a BWF Super Series tournament- 2013 Japan Open- the Japanese has lived up to predictions of her being in the elite women’s singles competitors. Over the past year, Yamaguchi has finished runner-up in two Super Series events and has consistently reached the quarter-finals of most competitions over the duration. This includes victories against top players from China Li Xuerui, Wang Yihan and Wang Shixian. If these performances are any indication, Yamaguchi is certainly on the path to reach the pinnacle. 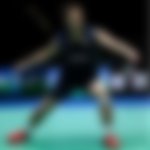 Touted as the next Lin Dan, the Japanese has taken the badminton world by storm. Already a hero in Japan for giving them their first Super Series titles in the Men’s singles category, Momota shows all the signs of making it big. Undaunted by the history or predictions, he also became Japan’s first Men’s singles medal winner at the World Championships in Jakarta in 2015. His victories in Indonesia and Singapore come from his explosive style of play and his exceptional control, so similar to 5-time World Champion Lin Dan. Number 4 in the rankings, Kento Momota spearheads the Japan team in team events including a Thomas Cup gold and Sudirman Cup silver. In a huge mix of players that are prepared to take over the mantle from the old warhorses and legendary badminton players Lin Dan and Lee Chong Wei, Kento Momota is on top of the list.