We bring to you the list of nominees for the Ballon d’Or by FIFA:

Courtois has established himself as one of the best stoppers in the world this calendar year, winning La Liga with Atletico Madrid, and taking legendary stopper Petr Cech’s Chelsea no.1 jersey, but if a keeper does win the ballon D’or this year, it’s not going to be the young Belgian…

Read More:- Ballon d’Or: 6 players who missed out on the list 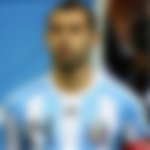 The tough tackling Argentine excelled at the World Cup, and is keeping Gerard Pique out of the Barcelona team due to his excellent centre-back performances this term, but he’s lucky to make it to this list – considering Luis Suarez has missed out.

The only Serie A representative on the list, Pogba won the title with Juventus, and is rated by many as the best young midfielder in the world. Expect him to be on this list for many year, but it’s way too soon for him to win it just yet. 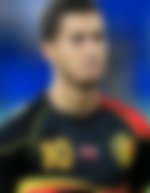 Hazard was easily Chelsea’s best player last season, but they didn’t win anything, and he had a pretty underwhelming World Cup with Belgium. Aged 23 though, he has plenty more years to put himself in contention for a Ballon D’or.

The first of six Real Madrid players on this list, Benzema spearheads Los Blancos, and acts as a wonderful pivot for the likes of Cristiano Ronaldo and Gareth Bale to play off.

A virtual ever-present in the Ballon D’or shortlist in recent years, Iniesta still pulls the strings for Barcelona – despite being arguably a little below the level he reached 2010, when he finished 2nd behind Lionel Messi after bagging a World Cup winner.

Toure fired City to the Premier League title last term with a brilliant 20 goals from midfield, but perhaps due to La Liga bias – he’s the only Sky Blue to make the 23.

The brilliant Spaniard is the only natural centre-back on the list, and following his superb performance in the Champions League final, he probably deserves to be – although Thiago Silva, Vincent Kompany and Mats Hummels will feel hard done by. 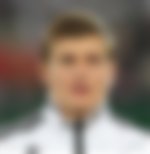 The powerful Swede bagged 42 goals in all competitions last term for PSG, who waltzed to the Ligue 1 title. We’d probably rank him higher if his country had qualified for the World Cup…

Gotze has only recently started to fulfil his otherworldly potential for Bayern, but makes this list purely on account of the fact he scored a winner in the World Cup final victory over Argentina. Not bad for a 22-year-old. 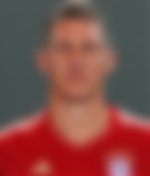 The veteran German battled his way through the World Cup, putting in a Man of the Match performance in the final. Under Pep Guardiola, he also played a key role his side’s Bundesliga triumph – and will go down as one of the best and most decorated midfielders of his generation.

A £59.7m move to Manchester united followed a Man of the Match performance in the Champions League final for Real Madrid, and a promising World Cup with Argentina, in which he bagged an injury time winner versus the Swiss.

The world’s most expensive player has enjoyed an exceptional 2014. Not only did he bag an outrageous winner in the Copa del Rey final, but he notched in the Champions League final too – making it 22 goals and 16 assists in all competitions for the campaign.

James Rodriguez lit up the World Cup with Colombia, scoring five brilliant goals to win the Golden Boot. His form earned him a blockbuster move to Real Madrid, where he’s hit the ground running.

Robben is the first of four Bayern players we’ve rated in the top 7. The silky Dutchman has got better with age, and provides a consistently brilliant attacking impetus to club and country.

Aged only 22, it seems implausible that this mesmerically talented forward won’t pick up the Ballon D’or one day. He’s especially shone for Brazil, for whom he’s now scored 40 international goals, meaning he’s strongly expected to break Pele’s all-time record one day. Who knows if his country would have won the World Cup on home soil had he been fit for the semi-final humiliation handed out by Germany.

The world’s very best utility player, Muller plays a key, and often underrated role for both Germany and Bayern Munich. His goals at the World Cup took his all-time tally to ten, meaning he could quite possibly break the all-time record held by compatriot Miroslav Klose, who’s netted 16.

Lahm captained the Germans to World Cup glory, and was consistently calm, composed and effective throughout. Naturally a fullback, Lahm is technically so brilliant that Guardiola usually deploys him in central midfield for Bayern. Some praise indeed. 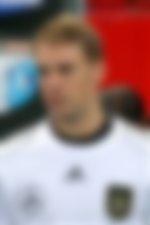 A goalkeeper has only won the award once, with Russian Lev Yashin collecting the gong in 1963. After his World Cup and Bundesliga heroics, the world’s best stopper is in with a serious chance… 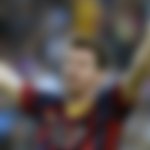 By his unparalleled heights, Messi has arguably not been at his best in 2014. He won the award for the World Cup’s best player having dragged his team to the final – but many believe it should have gone to James Rodriguez instead. He didn’t win anything with Barcelona – but still finished an injury affected season with 41 goals and countless assists.

The hot favourite to collect his third Ballon D’or, which will bring home within one of his great rival Lionel Messi, is the Portuguese phenomenon. Ronaldo has played the best football of his life in 2014, winning the Champions League and Copa del Rey with Real Madrid. Perhaps most impressively, he’s already scored 21 goals this season, in just 14 starts. Mind-blowing.