The 5th match in Bangladesh T20 Tri-series 2019 will be played between Zimbabwe and Afghanistan. It’s safe to assume that Afghanistan is the strongest contender to win the series as it has won all its matches in the series. On the other hand, Zimbabwe is at the bottom of the points table with 3 losses from 3 matches played in the series. Here is the Zimbabwe vs Afghanistan Dream 11 Predictions.

The match between Zimbabwe and Afghanistan will be played at Zahur Ahmed Chowdhury Stadium, Chattogram on September 20. The match is scheduled to start at 6:00 PM IST
(12:30 PM GMT / 06:30 PM LOCAL).

Zimbabwe:
Zimbabwe had a terrible outing in its last match against Bangladesh. other than Mutumbami( 54 runs 32 balls) none of the batsmen could cross the 30 mark. In bowling, however, the performance was satisfactory as Jarvis and Mpofu picked up 5 wickets together.

Afghanistan is sitting comfortably at the top of the points table with wins over Bangladesh and Zimbabwe. hence it’s safe to say that Afghanistan will be the clear favorite going into the match against Zimbabwe as it has already beaten Zimbabwe in this series. Mohammad Nabi will be crucial in this match too with both ball and bat. In the bowling department, Afghanistan has Rashid Khan to do the heavy lifting. Overall, Afghanistan looks the stronger team in this match.

There have been no injury updates from both the sides.

We might see interruptions due to rain during the match according to the forecasts. in the previous match on this pitch, Bangladesh was able to score 175. So we can expect a score excess of 160 in this match too. 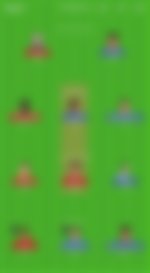