Streamers often get banned from their platforms for violation of rules. The community has seen many such cases and one such banned streamer has apologized yet again. Almost a year after being disallowed from Twitch, Matthew “Dellor” Vaughan has come forth with a last appeal to the platform to give him another chance at streaming.

A former Overwatch pro, Dellor was banned from Twitch on grounds of self-harm. During one of his Apex Legends live streams last year, the streamer was enraged and ended up ripping his keyboard in half and slamming down his chair.

The ban came about on the same day that Dellor was supposed to get his Twitch partner subscription back. The streamer later addressed the community and said that he had bought those very keyboards for being fragile as they were. Dellor further clarified that he has broken many of them but has not inflicted a single scratch on his body.

Following his ban, Dellor was left in a rather uncertain state. Many in the community were worried about his mental health. However, he did come back to stream on YouTube and clocked in almost 20,000 viewers. This is something that must have given him a ray of hope.

Dellor is aware of his wrongdoings and he wants to clarify that he has improved over time. His apology is to the Twitch officials to make them consider giving him another chance on their platform. “I’m writing this because I would like another chance. I streamed on Twitch for many years. I had over 4,000 hours streamed there. A majority of the time I spent streaming on Twitch, I was living in section 8. I was addicted to meth and Adderall and I was tens of thousands in debt. I had a lot of family and mental health issues,” he said.

He mentioned that he wasn’t a healthy person and did not pay heed to Twitch rules. Since then, he has gone through several treatments to stand where he is today. Given that he is a familiar face in the community, he wants to set a good example from now on. 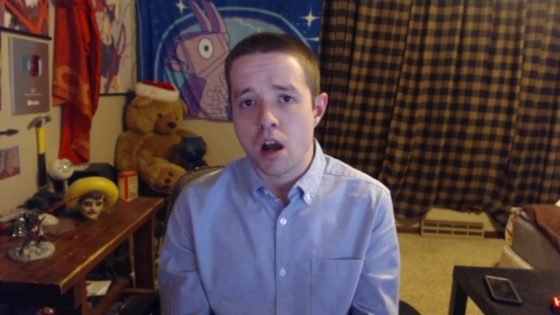 “I’m not the animal I used to be. I have too much at stake now. My brother and little niece watch me now. My mom watches me now. I want to be someone my friends and family can be proud of. I plan to continue to stream for a long time to come and to do positive things in the process. And I just want to be able to play and collaborate with my friends and to be able to participate in tournaments and events again,” Dellor wrote.

Many have noted his talents in the past. Dellor is a true player and given the fact that he has put in so much effort to work on himself, officials at Twitch could consider his appeal. With luck, things could take a good turn for the streamer.