Call of Duty Warzone: Season 5 Is Here With Map Updates And More

The Los Angeles Lakers have a talented roster at their disposal. There are stars like LeBron James and Anthony Davis who stand out. But the team also has the young and talented Alex Caruso, who is having a spectacular time as a Laker. He is so loved by the fans and has been rewarded with several nicknames!

Caruso signed a two-way contract with the Lakers in 2017, and been with them since. He’s been switching between the G-League’s South Bay Lakers and the NBA’s second-most decorated franchise.

Besides, he is ready to put in the required work that will make him a player like the current stars in the league. Caruso has established himself as a fan favorite owing to his mesmerizing dunks. 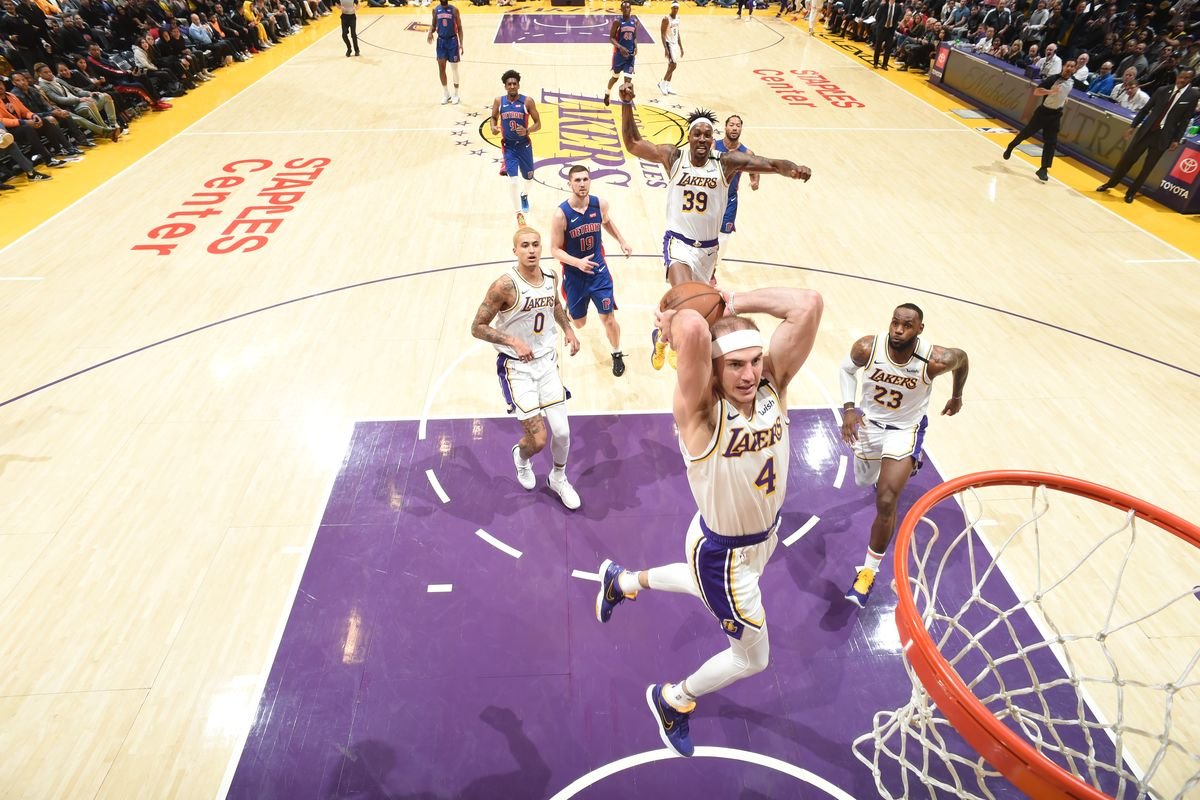 Though he is yet to cement his player as a starter in the team, Caruso is certainly a star in the making. He recently appeared on the ‘Dan Patrick Show,’ where the 26-year-old revealed his favorite nickname given to him by the fans.

Caruso opened up to host Dan Patrick when the latter asked about the origin of his nicknames. The Lakers prospect mentioned that he has got “an encyclopedia of them” which were mostly given to him by Laker fans.

What does Caruso think about the nicknames that have been given by the Lakers faithful?

Caruso also stated that the nicknames started coming in when he came to the Lakers full-time. A curious Dan Patrick asked Caruso to give out his favorite one, to which he got a reply.

“Probably the Carushow one, just because of the play on words with the name and the late show. It’s kind of destiny,” Alex Caruso said.

“But Bald Mamba and Bald Eagle: You’re okay with those?” Dan Patrick asked. As he didn’t receive a solid seal of approval, Dan Patrick assumed Caruso’s distaste for these nicknames.

“I mean, what are you gonna do? I can’t pick my own [nickname]. Fire dragon or something like that,” Caruso joked. Moreover, the 6’5” point guard spoke about the same topic when he had a cross-sport conversation with soccer star Kevin De Bruyne.

The two athletes connected via the B/R Football YouTube channel. KDB asked Caruso about his nicknames, and the NBA star briefed how he got them only after coming to the Lakers.

“Not Limiting Him”: Pelicans Head Coach Shares His Strategy to Develop Zion Williamson