Due to his accomplishments on the court, many people regard Michael Jordan as the greatest ever in the history of the NBA. However, he played an important role off the court and helped in globalizing the NBA. MJ also revolutionized the sneaker and fashion industry that revolved around the sport. 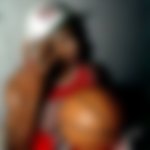 His Airness has been constantly derided for his ‘terrible’ fashion sense and has also been trolled on social media. However, Jordan couldn’t care less and is still a fashion icon in the eyes of many.

ESPN once reported on how Jordan changed the fashion industry. In the report, Jeff Staple and Jermaine Hall revealed how Jordan’s receding hairline created a fashion revolution.

WATCH THIS STORY: How Kobe Bryant’s Hairstyle Evolved With Different Milestones in his Career

Michael Jordan and his baldness created a fashion revolution

Jeff Staple, founder/CEO of RAD and designer of the famed Nike SB Dunk ‘NYC Pigeon’ sneaker, and Jermaine Hall, who held executive editorial posts at Vibe, XXL, and BET, provided insights on how Jordan’s baldness created a revolution in the fashion industry. 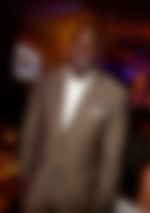 “When Chris Webber did it in Michigan, that was a style choice,” Jermaine Hall said. “For Michael, it was done out of necessity. And it gave him a branded look that was very safe and approachable to everyone.”

Jordan has been one of the biggest celebrities in the world. He has got several endorsement deals in the past, such as Hanes, Upper Deck, Gatorade, among others. However, Jordan slowly transitioned into a ‘suit guy’. He started wearing suits during his off-court appearances.

It’s a crime that Michael Jordan is known more for his athleticism than his fashion acumen. an icon pic.twitter.com/POptnBhAz2

However, arguably Jordans’ biggest impact on the fashion industry was him shaving his head bald in 1989. He reportedly had a receding hairline and decided to go completely bald. Many famous athletes had donned the bald head before Jordan, but it was bossed by just one – Michael Jordan.