The Denver Nuggets faced off against Miami Heat to commence their seeding games schedule. With Jamal Murray unavailable for the game, the Nuggets lacked a bit of depth in their squad. But Bol Bol stepped in and dazzled everyone with an amazing assist to get the points during the opening of the fourth quarter.

As the game began as a closely contested battle, the fourth quarter saw the scores at 94-79 in favor of the Heat. The Miami Heat outscored the Nuggets 38-22 in the third quarter to gain a massive lead.

However, to kick things off for the Denver Nuggets in the fourth quarter, 20-year-old Bol Bol took charge and delivered a flashing assist that shone bright on the court. The Heat had the possession of the ball but lost it due to a bad pass by Iguodala which hit Mason Plumlee’s leg and bounced into the hands of Bol Bol.

With 11:15 on the clock, Bol quickly rose up, understood the transition, and made a lightning-quick bounce pass to Plumlee who finished it off comfortably at the other end. The 7’2” center recorded his first assist of the game with that beautiful move.

The towering center will certainly be a force to reckon with in the future. Denver has a very large lineup and Bol stands as the tallest. He can easily claim rebounds and a mini-version of his height advantage was on display during the closing minutes of the game. Bleacher Report posted a clip where we can see Bol casually tip-toeing rebounds over the Heat defenders.

Bol Bol just too tall for the Heat defenders 😅 pic.twitter.com/GKIjWm3tJr

Bol Bol is certainly a talent for the future. Though he was picked a little down the cards in the draft, the youngster has shown flashes of his great talent. After all, he is the son of former NBA player Manute Bol. It’s in their blood. Moreover, amazingly so, Bol Bol’s father is taller than him at a massive height of 7 ft 6 in tall.

Hall of Famer Shaquille O’Neal had the experience of training Bol Bol and thoroughly saw his gifted ability to play ball. “I had the opportunity to coach Bol Bol with my son. Him and my son are similar, very talented,” Shaq said, in a recent episode of NBA on TNT.

Moreover, the Big Diesel mentioned how Bol can do some unbelievable stuff on the court. The four-time champion recognized the greatness in Nuggets coach Mike Malone and feels Bol is playing under the right mind. 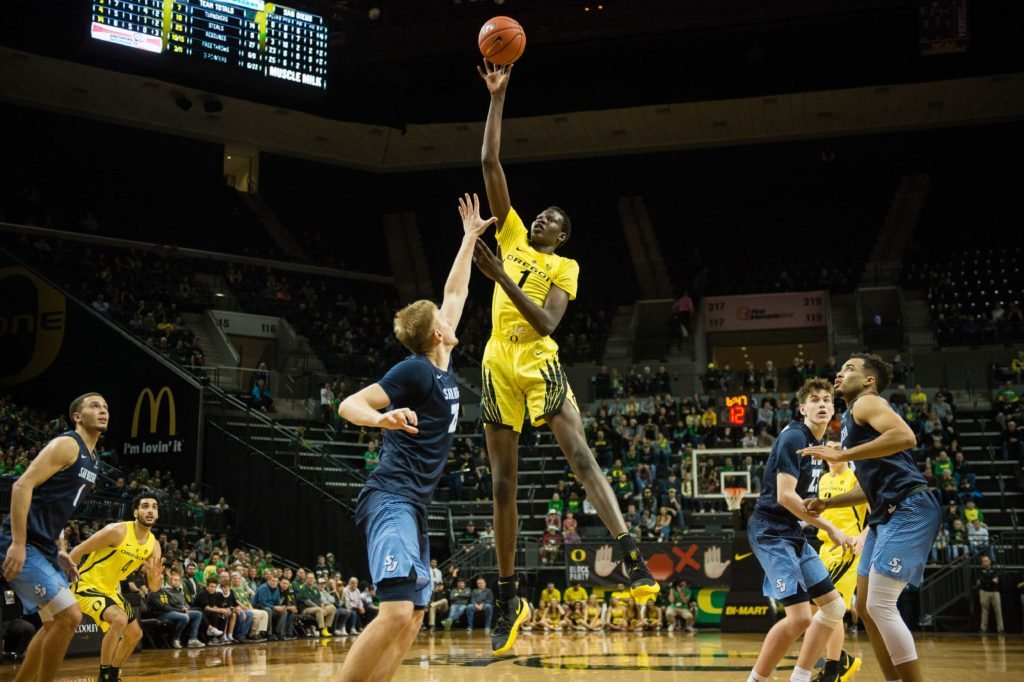 “Bol Bol was doing stuff I’ve never seen before. I was like, ‘This kid right here has it.’ And I’m glad he’s with a guy like Mike Malone because Mike speaks our language,” Shaq said.

“How the F*** Did He Get to That Shot?”: New Orleans Pelicans Guard J. J. Redick Stunned by Bol Bol