Devin Booker has been a sensational player to watch so far in his career. The Phoenix Suns are 4-0 inside the bubble and this is Booker’s first-ever four-game winning streak. Booker could have landed in Miami if the Heat’s management had selected him ahead of the Suns in the 2015 NBA Draft.

However, they passed him on and let the Phoenix Suns use their 13th pick to acquire Booker. The talent that the Kentucky Wildcat brought with him to the league keeps shattering expectations thus far. But Booker hasn’t been exposed to the playoffs even once in the five years that he has been with Phoenix.

Booker worked out for Miami before the draft, but eventually got snubbed by the team. The Heat chose Justise Winslow instead, who has now left the team to play for the Grizzlies. Erik Spoelstra, the championship-winning coach of the Heat, spoke a bit about Devin Booker on a recent press call with the reporters. Here is what the 49-year-old said, as per Five Reasons Sports Network:

“We really liked him. I think everybody knew that. He worked out, had a really good meeting and lunch with him. His game has grown.” 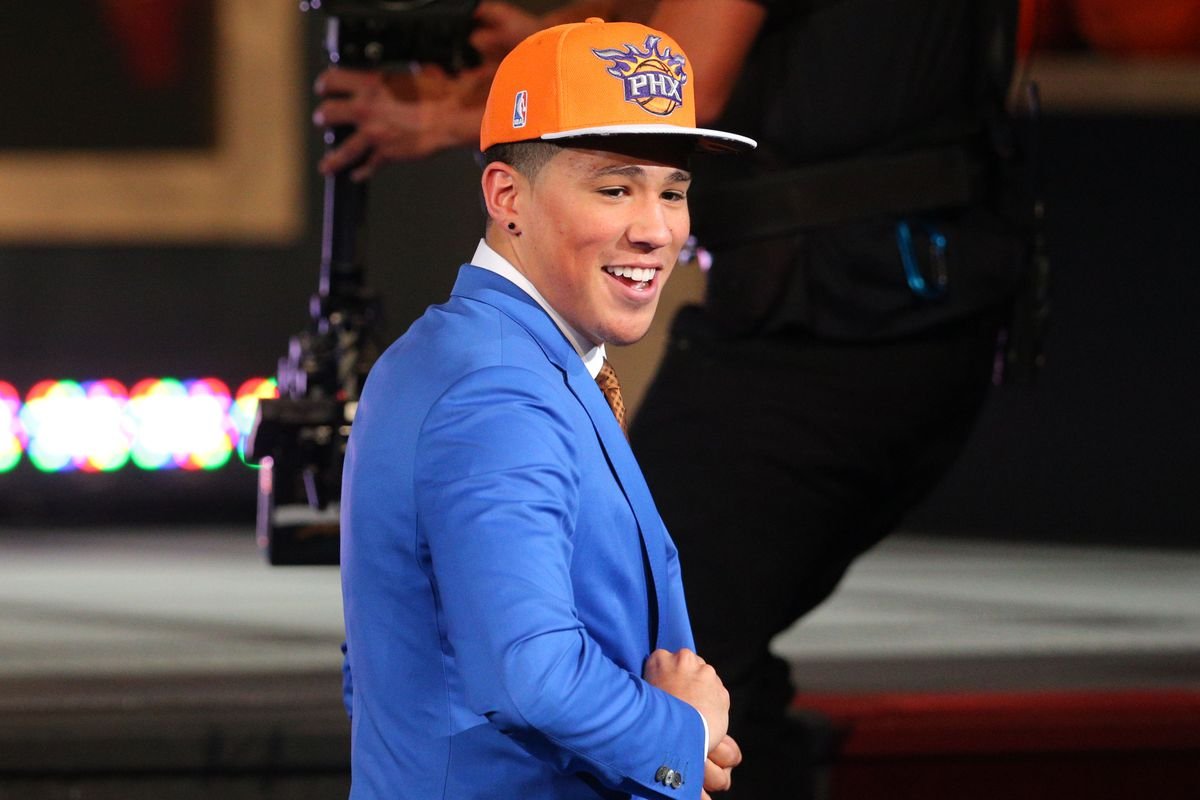 Unfortunately, Booker was passed on by the Heat and the 2020 All-Star is now the only active player to have scored 70 points in a single game. An incredible feat indeed by a player who has a similar game to that of the late Kobe Bryant.

Kobe had once spoken about Booker, praising the young guard for his fearless approach to the game. Moreover, Booker recently spoke about his love for Kobe, after a convincing win against the Indiana Pacers inside the bubble.

“Kobe’s with me every day,” Booker said. “You guys see what I put on my shoes; to ‘Be Legendary.’ That’s a reminder. Even without that reminder, it comes through 24 hours at least two-three times a day it crosses my mind.”

Booker has been in red-hot form in the seeding games for the Suns. He’s put up two 30-point games, including a buzzer-beating winner against the mighty LA Clippers. The race for the final playoff spot in the western conference is heating up as the contenders are starting to pick up the pace.

As for the Suns, they are 4-0 since the restart, and look to fight for the last playoff spot. Obviously they would want to make it as it has been a decade since they entered the postseason adventure. They play the Miami Heat in the next game, where a win would certainly boost their confidence as well as chances of making it to the playoffs.