Battle of the Teammates : Formula 1 2015 Season

The 2015 Formula 1 season again proved to be a dominant one, with Mercedes accumulating 704 points, a record, after winning 16 of the 19 races on the calendar. They were the outright winners in terms of speed on track and Ferrari could only beat the Silver Arrows in 3 races on outright pace and a bit of luck in terms of the risky strategy going the way of the Maranello based team. Even though the battle for the top was not interesting, the drivers raced to their level best to finish as high as possible on the driver’s ranking.

But the first thing that a driver aims to achieve during a season is to beat his teammate as they have the same piece of machinery under their belt, meaning that only skill would separate the two at the end. The battle between Rosberg and Hamilton was the most frequent and probably the most intense of the battles of the teammates during the season and it was mostly for the lead of the race and for the driver’s championship. In the end, Hamilton proved to be the better driver winning the title at Austin but lacked what it took to win the remaining 3 races of the season.

2015 saw many driver lineups change, the most prominent ones being Vettel moving to Ferrari and Alonso moving to McLaren to drive alongside Kimi Raikkenon and Jenson Button respectively. Daniil Kvyat was promoted to Red Bull and Toro Rosso chose the young lineup of Carlos Sainz and Max Verstappen who proved their worth by impressing everyone in the paddock by their performances. Marrusia(now Manor) came out of administration but could not take part in the Australian Grand Prix. They fielded Will Stevens and Roberto Mehri. Sauber released their two drivers who still had a contract with Sauber and signed Felipe Nasr and Marcus Ericsson, meaning their start to the season was marred by controversies and an out of court settlement with Giedo Van Der Garde who proclaimed his right to a seat with team.

Here we look at how drivers fared against their teammates in ascending order of the constructor’s positions of their respective teams.

The final driver standings are as follows : 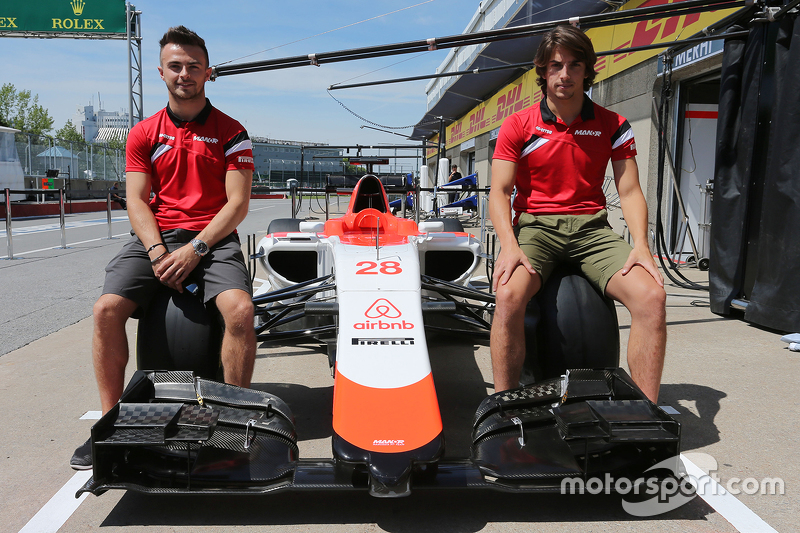 The Marussia F1 Team came out of administration to compete in the 2015 season fielding the duo of Will Stevens and Roberto Mehri. The team were unable to compete in the Australian Grand Prix but were able to participate in all the remaining events with a year old Ferrari engine which meant they were at an average 4-5 seconds behind the Mercs per lap. The duo competed together in 13 races in which Stevens beat his teammate in qualifying in 10 rounds. In the race, it was all square with both beating each other in 5 rounds(not counting those rounds in which there was a DNF or a DNS). As the team did not score any points, Stevens was classified as 21st whereas Mehri 19th. Alexander Rossi was fielded instead of Mehri in 5 races and he was placed at 20th in the final standings. In the end, Will Stevens won the battle here due to his better qualifying pace.

The 2015 season for McLaren Honda was one to forget due to their engine woes. Low reliability and the low amount of energy the engine could harvest meant that it had less power to deploy on straights which meant an immediate loss of 160BHP. All this led to a frustrating season for both former world champions. Still, Alonso won the qualifying battle 10-8 and both had similar race results running mostly out of the points. Button scored 16 points putting him 16th on the final standings while Alonso scored 11 putting him 18th. In the worst season for McLaren in this decade, there is little to choose between the two former champions as they could never really show their true potential.

Sauber had some troubles at the start of the season due to them releasing drivers with contracts but benefited overall due to the improved Ferrari engines. Felipe Nasr made the most of his chances and came out the clear winner having his best finish of 5th in the race. He scored 27 points overall compared to Ericsson’s 9. The Brazilian also won the qualifying battle 10-9 and hence proved to be the better driver overall.

The youngsters of Toro Rosso impressed massively this season and proved all critics wrong. 17 year old (now 18) Verstappen impressed the most scoring an impressive 49 points in his rookie season in a car with an underpowered Renault engine. He finished 12th in the final standings and also took 3 awards at the FIA Gala for Rookie of the year, Action of the year (best overtake) and the Personality of the year. Sainz was not far behind but only scored 18 points and finished 15th. But Verstappen also won the qualifying battle by 10-9 and proved to be the better driver. Pending bills and mounting debts meant that Lotus did not have a smooth season with them being restricted to enter the track premises. But with the Renault takeover going through, the troubles will go down. Romain Grosjean,  who will be joining Haas F1 next season, proved himself to be the better driver after scoring 51 points and finishing 11th in the driver’s standings. Pastor did score 27 points to finish 14th but his season was again marred with crashes and driving faults. Grosjean won the qualifying battle 16-3 and won the battle over Pastor convincingly. Force India enjoyed their best season ever by finishing 5th in the constructor’s standings and the both the drivers were very competitive especially after Force India rolled out their updated B-spec car. The qualifying battle was won by Hulkenburg 11-8 but it was aways very close in the races with both of Force India’s drivers battling for points all season long. Sergio Perez finished with 78 points in the end and 9th in the driver’s standings while Hulkenburg finished with 58 points and placed 10th in the standings. But the key point being that Perez was stronger on the Sunday and did claim a podium at the Russian Grand Prix due to the collision of Raikennon and Bottas on the last lap and overall was the better of the two drivers due to his performances in the races. 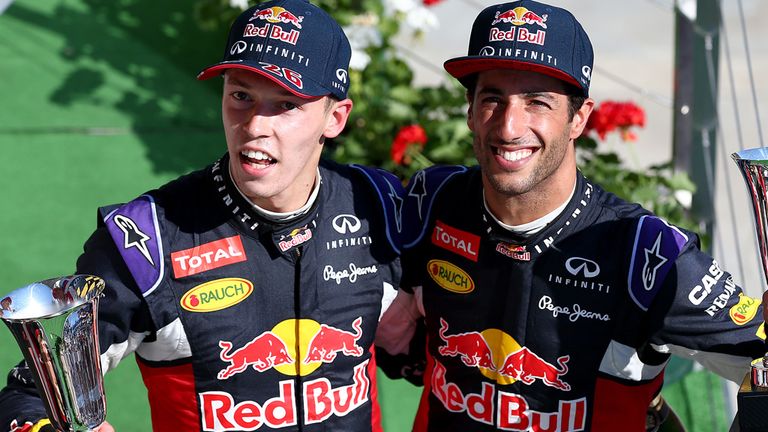 The underpowered Renault engines hurt Red Bull’s chances of challenging the Ferraris and the Mercs but they did make most of the high downforce tracks. Both Ricciardo and Kvyat had good performances with Kvyat scoring 95 points compared to Ricciardo‘s 92 and finished 7th and 8th respectively in the driver’s standings. Ricciardo won the qualifying battle 12-7 but also achieved 2 podiums compared to Kvyat’s 1 and showed to be the better driver of the two. Williams had another 3rd place finish in the constructor’s standings back to back but were still far away from the Ferrari’s and even further from the Mercs. Bottas scored 136 points while Massa scored 121 and they finished 5th and 6th in the driver’s standing respectively. Bottas won the qualifying battle and even though both scored 2 podiums, Bottas finished in the top five 11 times compared to Massa’s 6. This proved Bottas’s consistency again this season and he proved to be the better of the two drivers. 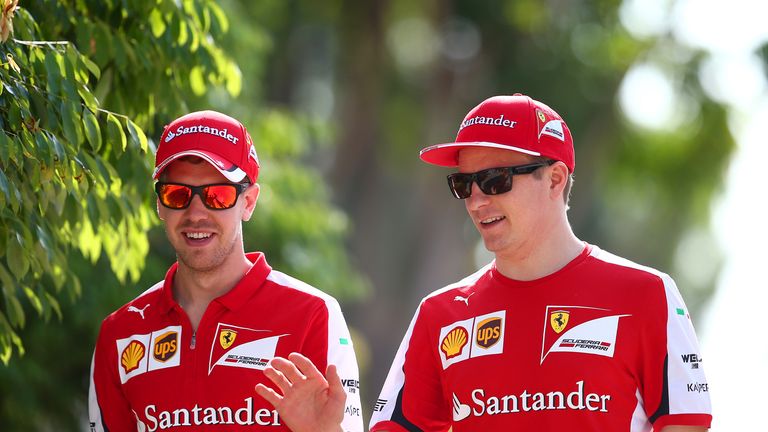 Ferrari’s resurgence this season came mainly due to their upgraded engine and they made the most of it and definitely brought the battle to Mercedes. Still on average Ferrari were 0.5s off Mercedes. Sebastian Vettel who joined Ferrari from Red Bull proved to be an instant hit and won the 2nd race of the season in Malaysia convincingly. He eventually won a total of 3 races and also secured a pole position in Singapore and was the only driver other than the two Mercedes drivers to win or take pole position. Vettel scored 278 points and finished a comfortable 3rd in the driver’s standings compared to Raikennon’s 150 and 4th position in the final standings. Vettel had 13 podiums at the end of the season to his name compared to Raikennon’s 3. Even though Raikennon had an improved season compared to 2014, it was not enough compared to the Vettel’s. 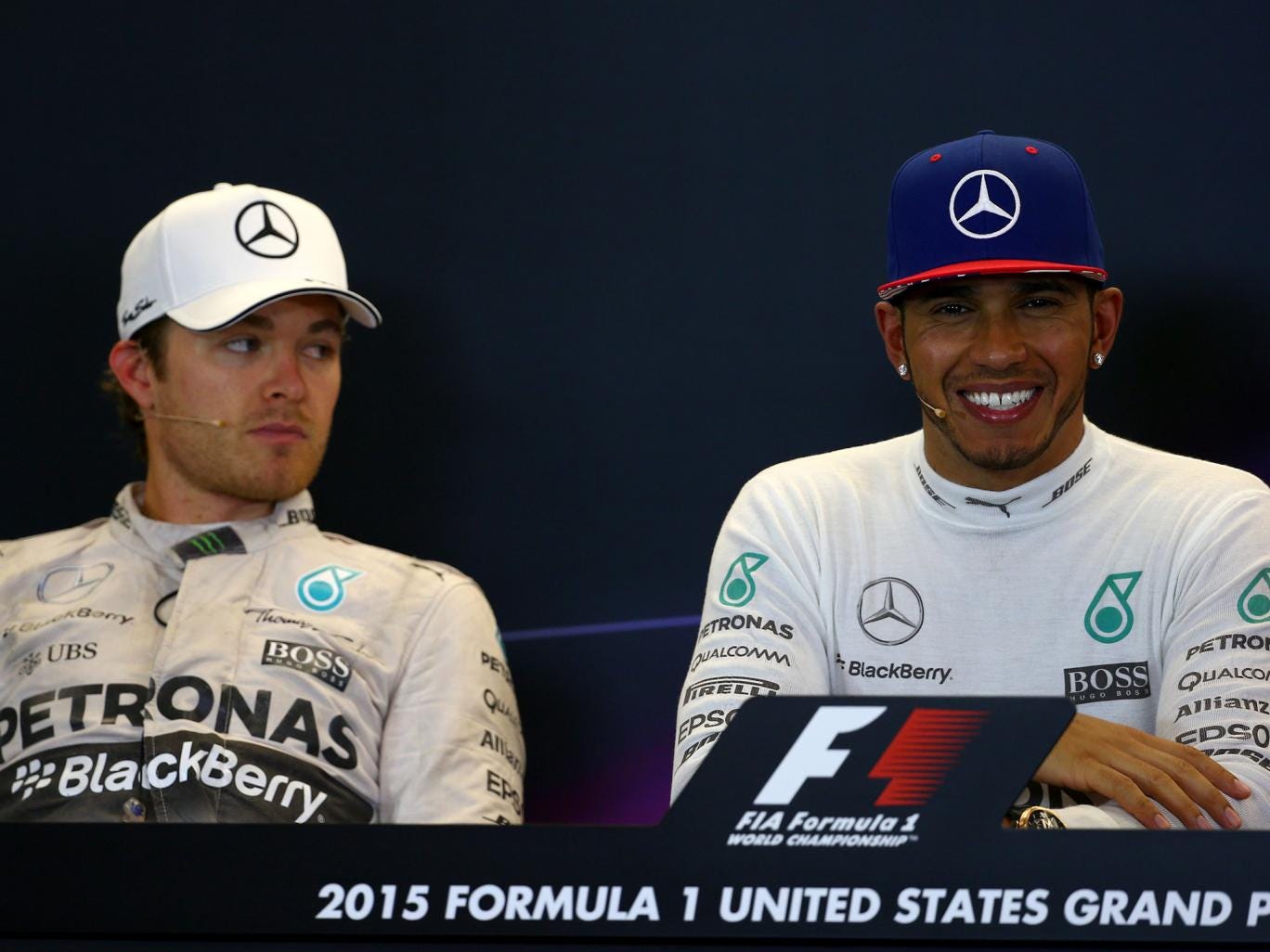