The tenth game of BBL 2019-20 will take place between Adelaide Strikers vs Perth Scorchers in Adelaide. The match will begin at 6:10 PM Local and 3:40 PM IST.

Adelaide Strikers
The first match of Adelaide Strikers had no result. They didn’t impress in the previous season of Big Bash League also. They managed to win six games only out of 14. They lost eight games and placed at the second position from the bottom of the leader board of Big Bash League season 2018-19. This season, Travis Head will lead this team in this season, although he is now busy in his international duty.
While they have the batsmen like Philip Salt, Jake Weatherald, Jonathan Wells, Cameron White etc., they have some expert all-rounders like Jake Lehmann, Micheal Neser, Matthew Short, and Cameron Valente.
Wes Agar, Harry Conway, Rashid Khan, Lian O Corner, Peter Siddle, Billy Stanlake, and Nick Winter will handle the bowling unit while the experienced Alex Carey and Harry Nielsen will manage the work behind the stumps. After the abandonment of the last game, they will try to win their maiden game of the tournament.

Perth Scorchers
Perth Scorchers started this season of Big Bash League not a good note. They have played a total of two matches till now. They lost their first match against Sydney Sixers by eight wickets but they won their second match against Melbourne Renegades by 11 runs. They put up a total of 196 runs where the captain, Mitchell Marsh scored 56* runs on just 22 deliveries with the help of one boundary and six massive sixes. Cameron Bancroft also impressed with 51 runs on 37 balls.
However, the bowling unit failed to perform well but they defended the target. Fawad Ahmed was the pick of the bowler who picked two wickets in his four overs while conceding 22 runs. Chris Jordan also bagged two wickets in his four overs while giving away 30 runs.

The pitch of the Adelaide Oval usually helps the batsman. Although the pitch gets a bit slow in the second season, spinners will also get the help at this venue as well. 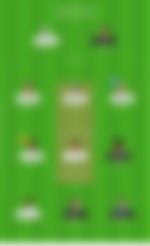