Hunt for Next Indian Coach Begins as Kumble’s Contract Expires

Indian Cricket has produced some great batsmen with impeccable timing, but it seems the BCCI itself lacks this attribute. Just as team India lands in England for the Champions Trophy, the BCCI has released a statement inviting applications for the position of ‘Head Coach’ of the men team, as current Indian coach Anil Kumble’s one year contract comes to an end on June 20 post the ICC Champions Trophy which will be played between June 1 and June 18. The timing couldn’t have been worse.

“BCCI would like to call upon interested candidates to apply for the position of ‘Head Coach’ for Indian cricket team (men). The process has been initiated since the term of the current coach concludes with the Champions Trophy. The present head coach (Kumble) will be a direct entry for the process.” read the statement released by the BCCI.

This move comes almost immediately after Kumble and Kohli demanded a huge hike in the retainership for top players. Besides this, Kumble also demanded a hike in the annual salary of the coach from Rs.6.5 crore to 7.5 crore as well as a seat in the national selection committee, which means a duty which would fetch an additional 60 lakh rupees.

If recent happenings are to be believed many BCCI top officials have been unhappy with Kumble approaching the CoA for various issues, Kumble also irked some top bosses when he voiced his opinion about India’s participation in the Champions Trophy in public.

However the BCCI has ruled out all such possibilities, stating that the officials were tied up in court proceedings and the IPL, and since Kumble’s contract expires with the Champions Trophy the time of the announcement was only correct.

“To ensure a fair and completely transparent process, a nominee of the CoA will oversee the entire process along with the Cricket Advisory Committee”. The BCCI statement further read.

Thus, Anil Kumble, who enjoyed India’s one of the most successful seasons as a coach will have his fate decided by former teammates and members of the Cricket Advisory Committee. Sachin Tendulkar, Sourav Ganguly and V.V.S. Laxman who will conduct interviews and seek presentations and select the best candidate among the applicants. Though Kumble will have a direct entry, he will still have to present his case to the CAC. Which the BCCI officials state, is only fair as Ravi Shastri who was the team director back then had to go through the same process when he applied for the position of the head coach.

Thus, even after enjoying India’s most successful test performance Kumble will have to fight it out with other applicants for the top job, but if not Kumble then who? Here are 4 other candidates who we feel can successfully guide, if Kumble be replaced. 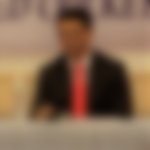 Rahul Dravid– He is possibly the front runner to replace Kumble. Dravid is currently the India A and under-19 coach, when was presented with the offer previously, declined it sighting family responsibility but he hasn’t ruled out the possibility totally as he mentioned in one of his statements “Any decision that I make at this stage of my life would depend on whether I have the bandwidth to do all of these things,” implying he would like to analyse everything before deciding upon the job.

Ravi Shastri– Shastri after losing out the last time he had contended for the post wouldn’t have given up. The then Indian cricket team director had doubled up as the coach after Duncan Fletcher’s exit. Shastri too had enjoyed a good stint with the Indian team trying to turn them into a ‘bullet side’. Shastri enjoys a good relationship with the current skipper Virat Kohli.

Michael Hussey– Fondly called Mr. Cricket is possibly the leading Aussie in the race. The Aussie has a strong case; having played alongside MSD at the Chennai Super Kings and confessing in his book that V.V.S had asked him if he would consider applying for the role, makes a strong case for himself as Laxman is a part of the CAC. However, a lack of coaching experience can be a hurdle for him.

Stephen Fleming– The former New Zealand Captain has been one of the most successful coaches in the IPL. His experience of coaching young Indian players in the big league tilts the scale slightly in his favour.