“When Kobe Bryant Died, a Piece of Me Died”: Michael Jordan Gets Tearful Recalling Bryant

Rafael Nadal and Jack Sock took part in a funny question and answer round during the French Open 2017. The two had an interesting conversation after practicing together on the Philippe Chatrier court of Roland Garros.

As part of a Babolat promotion, Nadal and Sock pulled questions out of The Musketeers’ trophy and answered every question obediently. 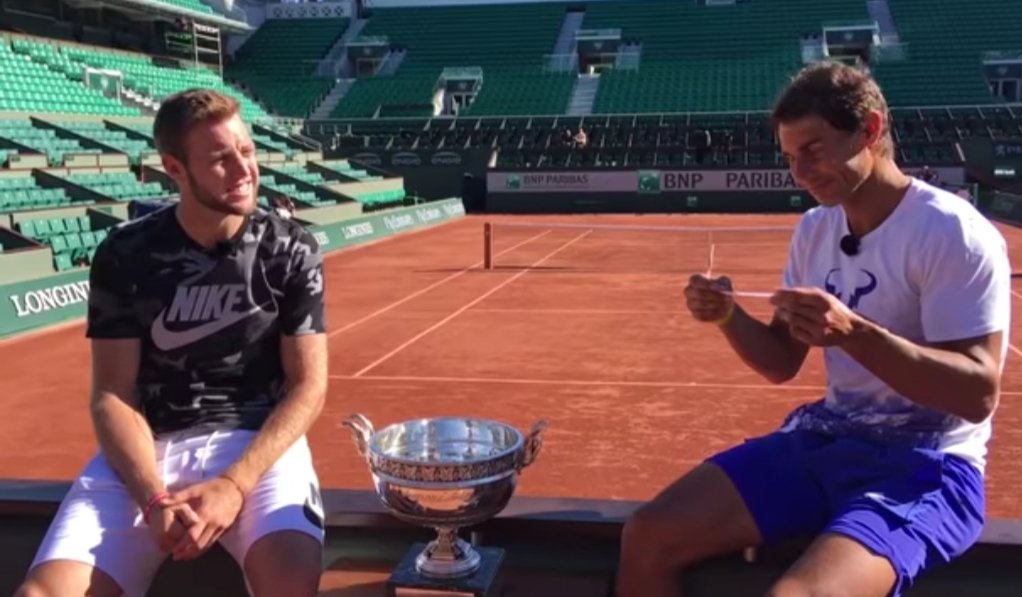 Nadal made fun of Sock

One of the most unique questions pulled out of the trophy was: “If you could have dinner with three people in the history of time, who would it be?” to which Sock reacted: “oh man”.

The ‘King of Clay’ poked fun at the American and asked “beautiful girls?”. Jack Sock laughed and answered “Rafa Nadal”. However, why did Nadal pulled Sock’s leg about going out on dinner with beautiful girls?

Rafa: If you could have dinner with three people in history of time who would it be?

Jack Sock has had multiple relationships in his past. Though the American tries to keep his personal and love life private, there have been many rumours about Sock’s girlfriends in the past.

Furthermore, he was in a relationship with the US Open champion, Sloane Stephens. The two have also played mixed doubles on the tour. The couple reportedly split in the year 2016. However, the former World No.8 is now engaged to professional dancer and model Lauren Little. 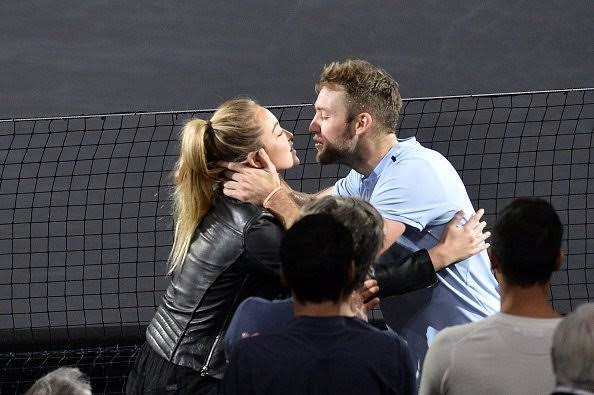 Nadal and Sock have met each other 5 times on ATP Tour with the Spaniard winning all of their five matches. Their most recent encounter came at the inaugural Laver Cup in 2017 where Nadal defeated Sock 6-3, 3-6, 11-9.

The 19-time Grand Slam champion is currently taking part at the ATP 500 Mexican open 2020. On the other hand, Jack Sock, who has suffered major setbacks due to injuries last year, lost in the second round of the Delray Beach Open last week.