On Monday night, RAW witnessed a rollercoaster of emotions, from Becky Lynch announcing her pregnancy to Seth Rollins’ outrageous attack on Rey Mysterio. The WWE universe is baffled with what’s going on, and we figured we’d help shed some light.

Just days ago, Seth Rollins faced Drew McIntyre for the WWE title, but the latter came on top. The following night on RAW, Seth Rollins, along with Murphy, was in a tag-team match against Rey Mysterio and Aleister Black.

Rollins seemed off right from the start. He was in a gloomy mood and refused to tag himself into the match. Buddy Murphy handled most of the game himself. Rollins finally interfered when Mysterio was about to end the match with his signature move.

Rollins then attacked Mysterio, eventually injuring his eyes. The officials came in and took Mysterio off. Rollins was then seen backstage, trying to apologize to Mysterio, who was undergoing immediate treatment.

What really happened to Seth Rollins? 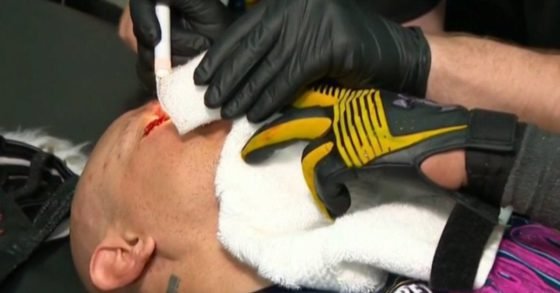 The question of the hour is why Rollins acted out on Mysterio. Some say that it could be because of his loss at Money in the Bank, while others believe it has something to do with his fiancee being pregnant.

It could be a face change for Rollins, who has primarily been a heel ever since he feuded with the Fiend, Bray Wyatt. Attacking Mysterio and being apologetic doesn’t sell the image of being a good guy, so what is WWE planning with him?

With Becky Lynch stepping out of WWE because of pregnancy, the writers could be using the situation to explain Rollins’ actions. It could also be just a stage to make way for Rey Mysterio’s exit out of the WWE.

Rollins is one of the best superstars that WWE has. Giving his character a rewrite to suit their narrative would benefit both parties.  WWE can make quick work with the present situation. Turning Rollins as heel/face would be a significant decision for the organization.