Bellator MMA lightweight Anthony Taylor joins the list of combat sports athletes who have given their views on Jake Paul recently.

Paul added yet another victory to his brief boxing career when he knocked out an MMA veteran and former Bellator welterweight champion Ben Askren.

Taylor, who re-joined Bellator in January 2020, took to Twitter and shared his views on the YouTuber turned boxer. He said he got the better of the YouTuber when they sparred recently but believes he won’t be fighting him as Paul will handpick his next opponent. He instead wants a UFC contract over that fight.

‘PrettyBoy’ said, “Nobody or not, if I can’t fight @jakepaul when I got the better of him and I’m 5’7 then what’s the point of fighting all these other guys who can’t fight? He’s going to handpick his next opponent anyways. Fuck that money BAG, I’ll do it for a @ufc contract.”

Nobody or not, if I can’t fight @jakepaul when I got the better of him and I’m 5’7 then what’s the point of fighting all these other guys who can’t fight? He’s going to hand pick his next opponent anyways. Fuck that money BAG, I’ll do it for a @ufc contract 📑🖋

Prior to the Askren and Paul fight, Taylor had asked the latter to release their sparring video in a hilarious tweet. He said Paul claimed to have beaten him but won’t be showing the video footage. This isn’t the end.

He further added a tweet where he claimed to have bullied the YouTuber despite the massive difference in their size. He had tweeted, “I bullied @jakepaul as if he was in kindergarten I’m 5’7 he’s 6’2”

Just like Taylor, some other combat sports fighters had their views on Paul after he won against Askren. The likes of Dillon Danis and Tommy Fury even challenged him for a bout.
An elite fighter like Dustin Poirier suggested Paul should face Mike Perry next up. The YouTuber is slowly but steadily creating a name for him in combat sports. Although he hasn’t yet faced a legitimate boxer.

The Journey of Anthony Taylor in MMA

‘PrettyBoy’ Taylor (7-5) started his journey in professional mixed martial arts at Bellator in 2015. He lost his first fight in the promotion against Adin Duenas at Bellator 147. He won his second fight against Victor Jones via TKO in Round 1.

A couple of defeats in his next matches saw him getting out of the promotion. He applied his trade in the regional circuits where at one point he had a 4 match winning streak. 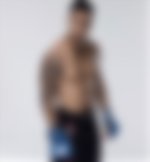 His hard work and growth were there for everyone to see and he made his return to Bellator in January 2020, where he won his fight against Chris Avila.

Although he hasn’t fought after that, he hopes of getting a UFC contract someday. Do you think he can bag a contract with the premier MMA promotion anytime soon?