What is the best format for World Cup? 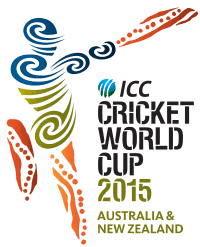 Since the inaugural World Cup in 1975, ICC has been continuously experimenting with its formats. From the super six format of the 1999 and 2003 to the introduction of super eight in 2007, switching to the traditional round robin format from time to time, ICC has been constantly trying to adjust with the changing times with each format having its share of controversies. And on the eve of the ICC World Cup 2015 inaugural match we try to dissect into each format to determine which one is probably best suited for World Cup.

The World Cup format is decided on the basis of the following key elements:-

1- Length of the tournament or the number of matches.

2- Exposure for the Associate nations.

3- The number of one-sided or meaningless games.

4- The tournament should be financially productive.

So, lets study each format step by step for a conclusion.

System- This format has survived the test of time and is featuring in the current edition. In this structure, the teams are divided into two groups. Each team plays every other team in the group once. Top four teams from each group qualify for the knockouts.

Advantages- This format ensures that all the big teams make it to the knockout stages as it gives them chance for a comeback, in case they do not start well. At the same time it gives exposure to the Associate nations as they get 5-6 matches (depending on the number of teams in the group) against top teams and an upset quickly throws them into the newspaper headlines, an example being Ireland beating England in 2011 World Cup riding on the fastest ODI century of Kevin O Brian.

Disadvantages- Unlike football where an outstanding 15 minute performance by a minnow gives the team a win or a draw, upsets in cricket are rare and often require a consistent performance with bat, ball and in the field for a large portion of the game. The surplus opportunities provided by the format, renders the month long qualifying stage as a criteria to decide the fixtures of knockouts leading to a lot of inconsequential matches and hence abates the intensity of each game. Also, the games with minnows do not enjoy much coverage and are largely one-sided which is unappealing for a world Cup.

System- In order to adjust the increased number of teams, this format was introduced in 2007 which featured 16 squads. Within this format, all the teams are divided into 4 groups of 4 teams each with each team playing once against the others in the group. Top two teams from each group qualify for the Super Eight stage. The points of the top two teams from each group, earned against each other, are retained and they play against the rest six teams once. Top four teams qualify for the semifinals.

Advantages– This format reduced the number of meaningless games rendering every game important. It was enticing for the viewers on paper. Also the minnows have a chance for an instant claim to fame by causing an upset and earning themselves a chance to compete with all the big teams.

Disadvantages- This format is very risky for the big teams, initially, for the reason that one upset steers them towards an early exit from the tournament as it happened to India and Pakistan who lost to Bangladesh and Ireland respectively and were ousted from the tournament. Thus, this format seems unfair for the big teams. Likewise, the minnows are provided with just 3 matches to prove their mettle without ample exposure, keeping in view the fact that they wait for 4 long years and undergo the qualification process. The application of this format for only one season was due to the financial disaster caused by the early exit of two subcontinental giants bringing huge losses to ICC.

System-  An amalgamation of the above two, this format is a bit complex and was used in 1999 and 2003 editions. In this, all the teams are divided into 2 groups who play each other just like a round robin qualifying format. The top three teams qualify for Super Six Stage carrying points from the group stage and play teams from other groups once. Top four teams qualify for the knockouts.

Advantages- It appears like an extension to the round robin format. The introduction of super six in place of quarterfinals gave more importance to the group stage matches, besides carrying forward the advantages of round robin format. Furthermore, it ensures each team playing with most of the other teams and hence, the top four are indeed worthy of their place.

Disadvantages- The length of the tournament is the biggest issue. The additional matches of the super six stage drags the tournament for an additional week. Moreover, it becomes difficult for the teams to sustain their vigor for such a long period of time.

Conclusion-  The Super six format of 2003 edition in our opinion is the best format.