Following the appointment of Ravi Shastri as the head coach of the Indian Cricket team, the Committee of Administrators appointed Bharat Arun as the bowling coach. Adding to this, they retained the services of Sanjay Bangar (batting coach) and R Sridhar (fielding coach). The decision was taken after the CoA and Shastri convened in Mumbai on 18th July. CoA chairman Vinod Rai acted on the recommendations of BCCI acting president CK Khanna, acting secretary Amitabh Choudhary and CoA member Diana Edulji. 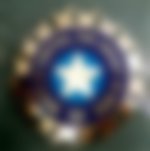 The contracts for Arun and Co. are effective immediately and run till the 2019 World Cup. Patrick Farhart and Shankar Basu will continue their tenure as the physio and trainer respectively. Former India cricketers Rahul Dravid and Zaheer Khan were widely tipped to join the coaching staff on a selective basis. But now, their appointments depend on their audience with Choudhary and Rahul Johri. Shastri has said that he has no qualms about working with Dravid and Khan and was confident that they would join the team when they Indiaspoke to the concerned authorities. “I’ve spoken to both, as recent as three to four days ago and they are two fantastic cricketers of India. Their inputs will be invaluable. They will be on board once they have spoken to the authorities concerned,” he said.

The team of Arun, Bangar, Sridhar, Farhart and Basu will form Shastri’s core team and the likes of Dravid and Zaheer will play the role of consultants. There was uncertainty regarding the roles of the above names as overseas consultants, as a result of this, the CoA was formed to clear the air on the matter because the Cricket Advisory Committee (CAC) comprising of Sachin Tendulkar, Sourav Ganguly and VVS Laxman, had taken the decision without informing the CoA.