After defeating Romero Duno in his last fight, Ryan Garcia established himself as a top prospect in boxing. The 21-year-old is undefeated with a record of 19 wins, 16 of which came by a KO/TKO. Garcia has quite achieved a lot in a very short time.

Ryan Garcia has a strong fan following on Instagram, with 4.8 million followers. He is scheduled to fight Francisco Fonseca on February 14 at the Honda Center in Anaheim.

The opportunities for Garcia after his upcoming fight are many. Should Garcia win the fight against Fonseca, he can go after the best at 135 pounds. The 135 division is stacked with talents such as Vasyl Lomachenko, who is probably the best pound for pound boxer in the sport.

There are many big names in the division which Garcia can fight next. But, there’s one name he is keen on fighting, Gervonta Davis. Ryan event went on to say that he is bigger than any other boxers in the division.

Ryan Garcia explains why Gervonta Davis is a big fight

Speaking to DAZN News, Garcia said: “Star wise, Gervonta is bigger than all of them, and I’m a big star. You see all the (websites) post about Gervonta and me. You don’t see any (websites) talking about Devin Haney and Lomachenko. They’re talking Gervonta Davis on Shade Room (a radio show on Sirius XM) and all of them. That should show you right there. We’re the biggest up and coming fighters right now.” 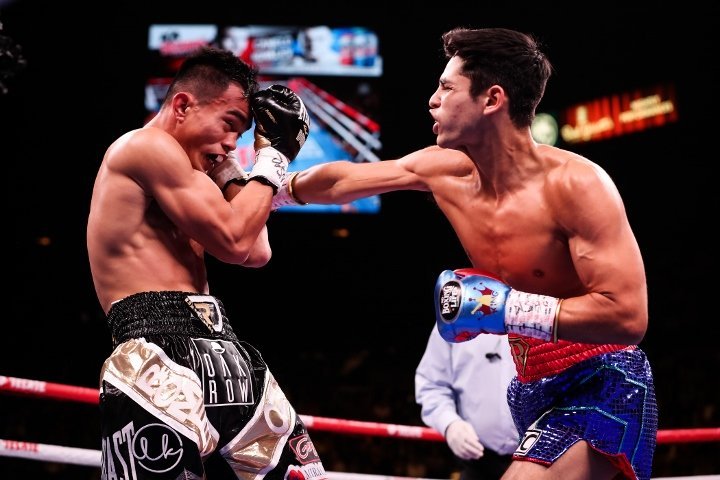 Gervonta Davis (23-0) and Ryan Garcia are undefeated and have a solid fan following on social media. A fight between the two will sell big. Garcia has made it clear that Davis is who he wants to fight next. His promoter Oscar De La Hoya is also interested in making the match happen.

Oscar De La Hoya said: “Mayweather is the promoter of Tank, he has people who work with him and he is his promoter. And if Floyd wants to give me a rematch, let’s do it. He has his fighter, I have Ryan Garcia.”

Considering Davis’ legal troubles, a match between him and Garcia will be a classic villain versus the good guy.

Read: He Won’t Get it Wrong the Second Time: Anthony Joshua on Tyson Fury vs Deontay Wilder Rematch

“How Do You Expect Him to Be a Humble Man?” – Chris Arreola Has “No Sympathy” Towards Andy Ruiz Jr.