Logan Paul has been one of boxing’s biggest talking points for the past few months. The YouTuber turned boxing sensation will face Floyd Mayweather in an 8-round exhibition bout on June 6. As a result, many traditional boxing fans will want to know more about ‘The Maverick’.

Paul is no stranger to controversy. The American sensation has had his fair share of poor judgments that have landed him in a stir. And part of this has been due to his high-profile relationships through the years. So, we look at the different women Logan Paul has dated.

List of women Logan Paul has been in a relationship with

Jessica Serfaty: Logan Paul’s first relationship during his rise to the top was with Jessica Serfaty. The pair dated for two years from 2014 to 2016, which is his longest relationship till today. Moreover, they shared several vlogs together throughout their courtship. However, there is no information on why they split.

Amanda Cerny: After his split from Serfaty, Paul started dating famous internet personality, Amanda Cerny, in 2016. Given that Paul was already a famous YouTuber, the couple shared a very public relationship. However, they eventually split in 2017. 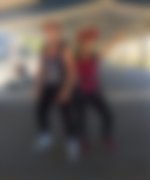 Chloe Bennet: Paul dated another high-profile star in Agents of S.H.I.E.L.D. actress, Chloe Bennet. The pair were together in 2018. However, after just three months together, the two split and never got back together. 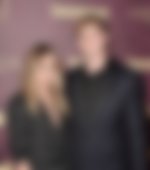 Corinna Kopf: Instagram model Corinna Kopf was Paul’s next girlfriend. Rumors broke when the two attended an NBA game together. However, Paul has since denied any rumors of a serious relationship between the two. This union ended in 2019.

Josie Canseco: The most recent partner of ‘The Maverick’ was the model, Josie Canseco. The pair started dating in January 2020 and were together for almost a year. However, after almost a year of dating, the pair split in November 2020. 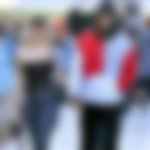 READ MORE: Jake Paul vs Logan Paul: Who is the Better Boxer?

Other rumors about Logan Paul’s ex-girlfriends

Given his fame, there were many other rumors surrounding Logan Paul and his partners. There was talk that ‘The Maverick’ was dating Teala Dunn. This was because the pair had shared several kisses on her YouTube channel. However, fans never got confirmation about these rumors.

Moreover, Paul also had some association with his brother, Jake Paul’s ex-girlfriend, Alissa Violet. ‘The Problem Child’ allegedly confronted both Violet and Logan. Violet claimed Jake Paul made her do it, while Logan admitted he did not know they were still a couple.

Thus, this is a list of all the celebrity girlfriends Logan Paul has had.