After a series of mix-ups in negotiations, the Mexican champion is now all set to fight Caleb Plant on November 6 at the MGM Grand, LV Nevada.

These 12 rounds are extremely critical for both fighters. This four-belt unification bout between the two champions will establish the sixth undisputed champion across all divisions.

The winner of this bout will join the ranks amongst the likes of  Jermain Taylor, Bernard Hopkins, Terence Crawford, Josh Taylor, and Oleksandr Usyk.

With Andre Ward onboard Caleb Plant’s training camp, things are starting to heat up now. The former champion respects Plant for his dedication to the sport.

“One of the main reasons I invited Caleb Plant (to my gym) is because I respect him. He’s just dedicated to the sport,” said Andre Ward.

Stepping into this fight, Caleb Plant is the taller fighter (6 feet 1 inch) with a longer reach (74 inches). In comparison, Canelo Alvarez is 5 feet 8 inches tall with a 70.5 inches arm reach.

Judging by Caleb Plant’s last professional bout against Caleb Truax in January 2021, he will try to capitalize and double down on his natural physical advantages.

In his last bout, Caleb Plant used his jab and constant in-and-out footwork to create maintain distance. He continued with this approach and effectively blocked Truax from entering the pocket. He used an effective 1-1-2 combination that allowed him to follow up two left jabs with a heavy right cross punch.

On the other hand, Canelo ‘Saul’ Alvarez is coming off a win over Billy J. Saunders in May. Even in his last fight, the Mexican champ faced a taller opponent with a longer reach. Against Saunders, he was able to close the distance with skillful combinations and world-class movement. 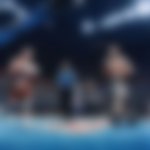 He landed two straight jabs while using his full guard to block shots. These jabs would then allow him to land sharp body shots and overhand rights from inside the pocket.

Over the years, Canelo Alvarez has faced many fighters with similar advantages and approaches. This will indubitably be Caleb Plant’s toughest challenge to date. Despite the challenges, the winner of this 12-round fight will definitely go down in the history books.

How do you see this fight playing out on November 6?