After a lengthy-halt of boxing due to the unfortunate wreckage of COVID-19 allover the globe, the sport is speculated to return soon. Meanwhile, Briton Heavyweight boxing champion Anthony Joshua already seems ready for his return. The WBA (super), WBO, IBO, and IBF Heavyweight champion of the world. He is yet to declare his date of return officially. However, AJ has been successfully notifying his fans about his potential boxing regime by releasing glimpses of his camp via social media platforms.

‘AJ’, considerably one of the finest knockout artists of the modern-era recently took to his official social media handles and posted a video from his training camp.  In the video, he is spotted throwing power-packed left-hand jabs over the punching bag.  According to Anthony Joshua, he calls it “Regiment”, 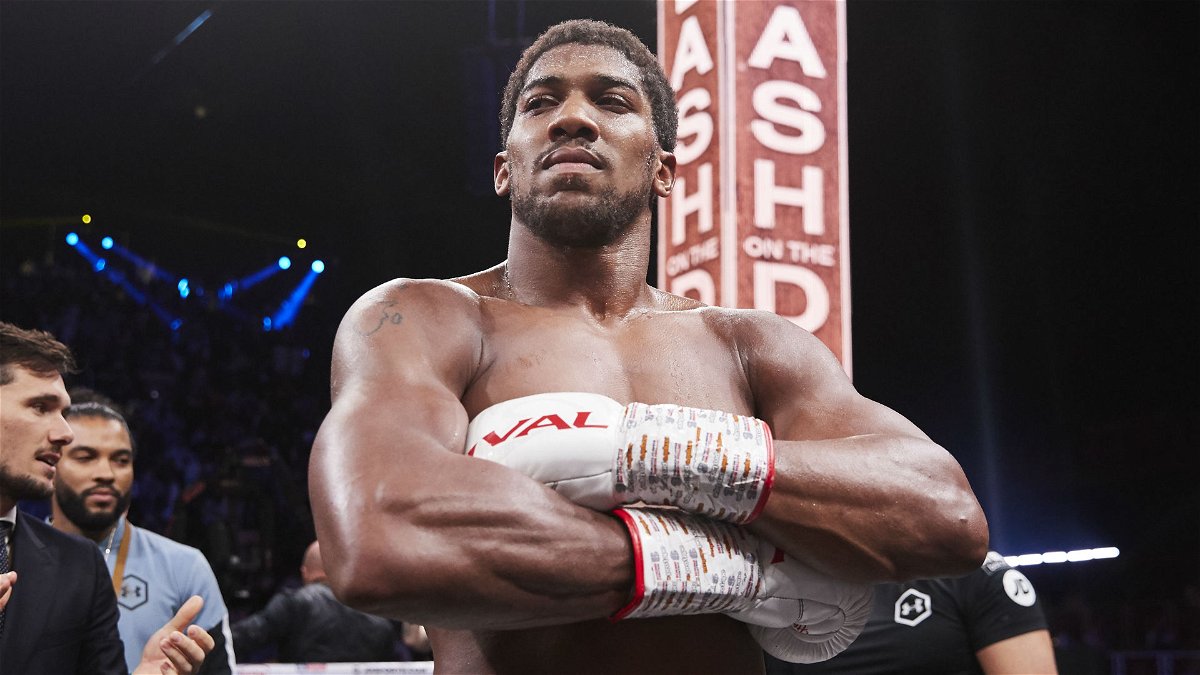 While there is still no official update regarding Anthony Joshua’s next fight, it is pretty evident that AJ is getting ready for a “war” on his comeback. Initially, he was set to defend his title against Kubrat Pulev but the Covid-19 outbreak postponed the matchup. Anthony Joshua was then speculated to face Tyson Fury next, as both the Heavyweight World champions expressed their interest in the contest. Boxing promoter Eddie Hearn also claimed that Anthony Joshua and Tyson Fury are planning to split the prize money into 50-50.

However, Bob Arum ruled out the rumors and clarified that Tyson Fury wants to complete the trilogy fight with Deontay Wilder first. Yet, he can still land up against Tyson Fury, if Deontay Wilder agrees to step away from his trilogy matchup opposite WBC Heavyweight champion Tyson Fury.

After claiming the World Heavyweight titles (WBA, WBO, IBO, IBF) from Andy Ruiz Jr. at Clash of Dunes, Anthony Joshua is yet to step inside the squared circle. Although he has been linked with multiple heavyweights in the meantime, Anthony Joshua hasn’t confirmed a single bout yet. Although Joshua vs Pulev was confirmed for the fans, there is no official update regarding the match up after it failed to get materialized.