The boxing world is replete with amateur boxers who turn professional and make their mark among the elite. The likes of Floyd Mayweather and Anthony Joshua come to mind. Now, the boxing world has gotten a fresh addition in 22-year-old Duke Ragan.

The road to the top is perilous, and the youngster will face many challenges. However, he has begun well and done all he could do up to this point without even breaking a sweat. 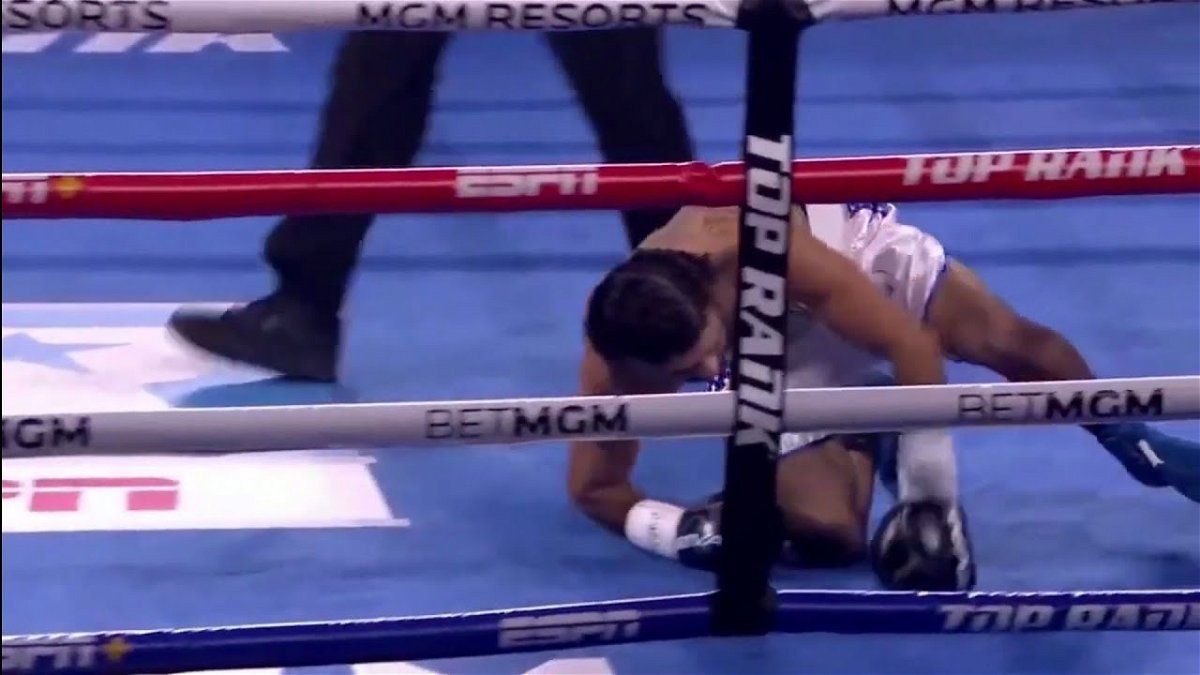 The 22-year-old won in such one-sided fashion that WBO junior lightweight champion Jamel Herring called for the boxing authorities to book the youngster in a fight next week itself. He tweeted, “Y’all might as well put (Duke Ragan) back in the ring next week… barely got warmed up! Congrats bro! (Top Rank Boxing)”

Y’all might as well put @Duke1ragan back in the ring next week… barely got warmed up! Congrats bro!@trboxing

He beat Luis Alvarado with a punch that had him seeing stars. The finish came at Top Rank’s event with just seconds left on the clock at the end of round one.

Duke Ragan made a statement in his pro debut 👀 #AlvarezSmith

Ragan kept landing big shots and connected with a brutal blow to take the wind out of his opponent’s sails. Alvarado leaned over, hit the canvas, and stumbled back up to his feet. However, he kept his back to the referee and was unsteady on his feet.

The debutant knew he connected well as he began celebrating even before the fight officially ended.

As a professional, Ragan will have a lot more fights with his new beard. Herring tweeted this too and will have an ample amount of time to get used to seeing Ragan box with his facial hair.

He wrote, “Seeing (Duke Ragan) fight with facial hair is going to get some use to since, in the amateurs we had to be clean shaved”

Seeing @Duke1ragan fight with facial hair is going to get some use to since, in the amateurs we had to be clean shaved 😂#RaganAlvarado @trboxing

New look Ragan has made the right noises, and it is up to him to continue in this stead. However, for now, he can bask in the glory of a landmark first triumph. What do you make of Duke Ragan’s bow as a professional pugilist?

‘No One Lives in My Head Rent Free!’ – Anthony Joshua Sends a Stern Message to Deontay Wilder and Tyson Fury