Octuple World Champion Manny Pacquiao is yet to appear in the ring following his last win against Keith Thurman in July 2019. He was set to stage his return against WBO welterweight champion Terence Crawford this year. However, it seems like the matchup is not going to materialize anytime soon.

While Bob Arum has had been adamant about hosting the fight outside the US, Crawford has seemingly found his next opponent in Kelly Brook. 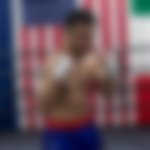 Terence Crawford can roll for Manny Pacquiao and Kell Brook

Crawford, 32, has been gunning for a super fight against Pacquiao for months. Yet, Kell Brook is billed as his next legitimate challenger.

Lance Pugmire of The Athletic broke the news for the fans. He took to Twitter to reveal Bob Arum’s take on the whole scenario.

Bob Arum told me tonight that @terencecrawford will either fight @MannyPacquiao or @SpecialKBrook in November. No mention of Patrick Teixeira. So that means, as many long suspected, the opponent is Brook…

Thus, it instantly rules out Patrick Teixeira from the mix. Lance further clarifies that Kell Brook is now the top-runner for the title fight, with Pacquiao as a secondary option.

Speaking with iFL TV, Arum also confirmed that they are trying to put Crawford against the Pac-Man outside the United States. However, if that fails to materialize, there remains no alternative to Kelly Brook right now.

“We’re trying to put together a fight with Manny Pacquiao, which would be out of the United States. Now, if we’re able to do that, that’s the fight I hope to put together.

“But if we’re not able to do that fight and we have to do it in the ‘bubble’, we are looking at having Terence fight Kell Brook. I talked to the Brook people today, they know what the situation is and they’ll be back to us.

“They assure me that Brook has lost a lot of weight and is getting into tremendous condition,” said Arum.

Kell Brook has a response

‘The Special One K’ has posted a video on Twitter to alarm the world about his strength. While he is almost on the verge of bagging the title fight, Brook is clearly leaving no stones unturned in training.

“I will be ready, Bob Arum knows it, so let’s get the fight done and give the fans a proper fight,” wrote Brook on Twitter.