Top Rank’s promoter Bob Arum is arguably boxing’s most famous promoter in history. The American has been in the business since 1966 and is still one of the best in the sport. And the 89-year-old is still looking to improve, as suggested by his latest admission.

The Terence Crawford vs. Errol Spence Jr. fight has been the talk of the welterweight division. Everyone except the two fighters wants to see them face each other. However, neither fighter will accept lesser terms. As a result, Arum has admitted to considering the UFC model.

The promoter spoke to the Barbershop Conversations on YouTube and gave a solution to the situation. He said, “If you want to do a split, you should do a 40-40, and the winner gets another 20%. That would be okay. That’s how you do a 60-40 split.”

This comment showed Arum is willing to do things differently just to make the fight happen. When questioned about the practicality of it, Arum said, “Wouldn’t it be much more interesting? The UFC, I believe, has done it in a number of fights.”

This comment showed that Arum is so desperate to make the fight happen that he is even willing to follow the methods of his long-time rival Dana White.

READ: Analyzing Errol Spence Jr.’s Training Videos: Is He the Same After the Car Crash?

Why is Bob Arum desperate to make the Terence Crawford vs. Errol Spence Jr fight?

Arum promotes Crawford and is on good terms with Spence Jr’s manager, Al Haymon. However, it still looks unlikely that they will face each other in the ring. So what is stopping them from agreeing to a fight, and how can Arum solve it?

The two fighters have had a very indifferent attitude towards the potential fight. As a result, they have come under immense criticism. In addition, Crawford has said the fight is now history, and they won’t be fighting each other. 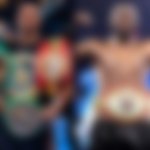 The primary reason for this is neither Crawford nor Spence Jr. want to be the ‘A-Side’ for the fight and want the higher share. In addition, neither fighter will settle for a 50/50 share. Therefore, it becomes difficult for the promoters to make it happen.

However, this suggestion from Arum will make sense. The winner would get the higher payday, while before the fight, both fighters would be treated equally.

What do you make of this suggestion from Bob Arum? Do you think it’s the only way to make a Terence Crawford vs. Errol Spence Jr. fight?

READ: Canelo Alvarez: How Many Divisions Has the P4P King Conquered?