The heavyweight division in boxing is suffering from some unwanted halts, as several matchups have been ruled out recently. The trilogy fight between Tyson Fury and Deontay Wilder is one of them.

Touting it since February, Fury vs Wilder 3 grabbed global attention. However, looking at the current scenario, the contest is off the charts. Deontay Wilder is hesitant to accept the fight in December, and Tyson Fury is adamant about getting back to action this year.

Thus, ‘The Gypsy King’ has vowed to fight any of the heavyweight contenders, especially Anthony Joshua. It is no surprise that AJ vs Fury has received a green signal from fans, citing it as one of the biggest fights in the sport. 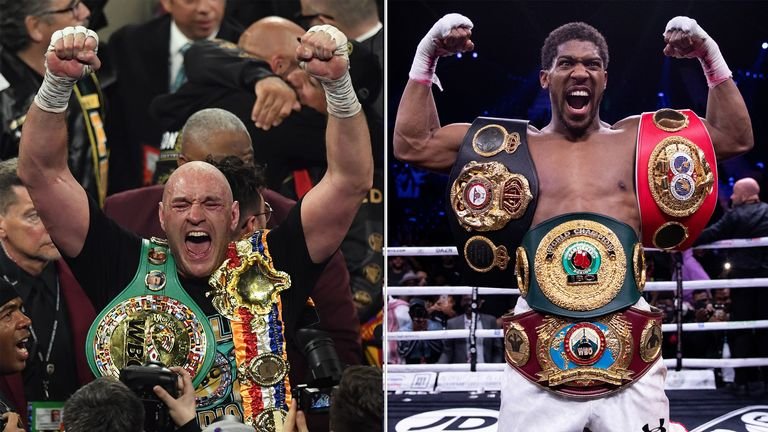 However, Joshua will defend his belts against Kubrat Pulev first. Only if he steps out of the matchup, he can enter the title unification fight against Fury. That said, young British boxer Sunny Edwards wants that to happen.

There’s no replacement for Anthony Joshua vs Tyson Fury

The British heavyweights share all the major world titles amongst themselves. Thus, they can stage an epic blockbuster by going against each other to unify the belts. While it’s the promoters’ task to materialize the matchup, Sunny Edwards wants the UK prime minister to announce it instead of bad news.

The pure British heavyweight showdown has all the reasons to allure the fans, especially when it’s between two of the biggest world champions. However, it takes a lot more than a tweet and rumors to bring it to fruition.

Tyson Fury is ready to accept the fight, but one can not just write-off Kubrat Pulev. He has earned his way to the top and is a legitimate contender for Joshua’s unified world titles.

Thus, Fury might have to wait longer to get a crack at AJ. If not now, AJ and Fury will collide somewhere down the line.