On December 19, the best pound-for-pound boxer on the planet, Canelo Alvarez will take on one of the toughest challenges of his career. He will touch gloves with the undefeated Callum Smith in a high-voltage boxing event. Just like the main event, the undercard of this event looks promising enough. Here we look at the undercard battles and draw predictions on the same.

READ – Canelo Alvarez vs Callum Smith: Where to Watch, Date, Time, and Undercard

The Mexican Boxer, Christian Duran, will collide with Angel Hernandez in a welterweight boxing bout. ‘Hitman’ Hernandez has fought 34 times and has claimed 17 wins. He has lost 15 and been involved in 2 no-contest/draws. He enjoys taking his fights deep and has secured a huge chunk of the points in the last rounds of the fight.

His opponent, ‘Ninote’ Duran, is a devastating KO artist. Out of his 18 professional wins, Duran has put 16 of his opponents to sleep. He marches on to his opponents right from round 1 and significantly pressures them with constant shots. Coming off two T/KO wins, Duran will look forward to securing his third win in a row by annihilating Hernandez.

The 160 pounder fight will see an exciting battle between the Americans, Austin Williams, and Isiah Jones. Austin Williams, who is undefeated in his six-fight career, is a favorite in this fight. Fans consider him a top-notch combatant in the middleweight roster. Five of his wins have come via T/KO. He is pretty intimidating in the initial rounds and puzzles his opponents with quick counter-attacks. 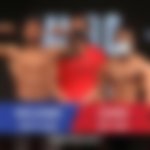 Isiah Jones on the other side maintains a substantial pace from the first gong. He picks up pace in the subsequent rounds, but this hasn’t worked well for him. As a professional, he has claimed 9 wins from 12 fights. If he defends the power coming off Williams’ left hands in the initial rounds, he might pull off a staggering win.

The undefeated featherweight boxer, Raymond Ford, will go up against Juan Lopez. Ford is just 21 years old. But he has showcased his amazing speed and a slick combination of punches. He will step inside the boxing ring for the third time this year. He keeps himself active throughout the fight and won’t hesitate if the fight reaches the last round.

On the flip side, Juan Antonio Lopez will look to thwart Ford with his advantage over the latter in terms of experience. ‘The Wolf’ has a 15-7 professional record. The Mexican fighter is comfortable in putting his opponents to sleep and going for a late-round rally as well. It would intrigue one and all to see what approach will he keep tackling Raymond Ford.

Alexis Molina vs Robert Greenwood will compete in yet another featherweight fight on the undercard. This fight is one of the most talked-about ones, as the winner may emerge as a face of featherweight boxing soon. The 8-0, Alexis Molina, will look to move closer to double digits with a huge win over his undefeated opponent.

Robert Greenwood, too, is undefeated in his pro-boxing run for now. He possesses a 5-0 boxing record with 2 TKO wins. Both the fighters adopt a dominating approach and look to score first knockdowns. It will prove to be an entertaining fight with experience prevailing.

The Super featherweight bout will see Marc Castro fight Luis Valdes. Castro will enter the boxing ring to mark this as his debut fight. As an amateur, Castro had an impressive run with a 51-3 record. He takes his fights long and tackles his opponents significantly well. He will look to do the same with Luis on Saturday.

Furthermore, his competitor Luis Valdes hasn’t enjoyed a positive run in boxing past couple of fights. He started 2020 with a win but has secured two consecutive losses post that.

Luis starts off his fights well, but fails to carry the momentum until the last rounds. Castro will look to optimize on his strength here and condemn Valdes to a third loss in 2020.

The scary heavyweights, Frank Sanchez and Julian Fernandez will take each other on in the undercard of this main event. The Cuban fighter, Frank Sanchez, walks into this fight with an undefeated 16-0 streak. he lands devastating right hands, possessing the ability to walk down his opponents. 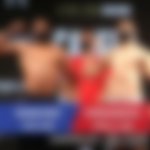 Whereas his opponent, Julian Fernandez, is coming off a T/KO loss in his last fight. He is yet to receive a win in 2020 and will look forward to gaining it against Sanchez. He exhibits a 14-2 pro-boxing record and seeks to score knockdowns in the initial rounds of the fight.

READ – Canelo Alvarez vs Callum Smith: It’s More Than Belts and Legacy for the Britisher