Canelo Alvarez’s longtime manager and trainer Eddy Reynoso came out with a statement regarding his pupil’s lawsuit. According to him, Alvarez’s relationship with promoter De La Hoya had been strained before his bout with Sergey Kovalev. The decision to take the matter to court had come long after.

“I have been working with [Golden Boy] with the other boxers we have had, ‘Chololo’ Larios, ‘Chatito’ Jáuregui, and it had been a good relationship. But with Saul, we have not had the best relationship in the last few fights. Sometimes there are things that do not work as one would like, but we have characterized ourselves by having discipline and doing our job.”

The manager also told how Alvarez and De La Hoya barely spoke during the fight week of Canelo vs Kovalev, after Alvarez had revealed he didn’t trust De La Hoya.

What is the issue between Oscar De La Hoya and Canelo Alvarez?

Alvarez sued Golden Boy Promotions for $280 million, claiming breach of contract and other damages. This had come after he signed an 11-fight deal for $365 million with DAZN and Golden Boy Promotions. This included $18 million for the first fight and $35 million for the rest. Now, after only his third bout into the contract, he stated issues regarding the payment of his dues.

His manager stated that he was ready to go after his bout in November last year and wanted to fight in May this year. The plan, however, was thwarted by the coronavirus pandemic. Now there’s no guarantee when he will step foot in the ring again. 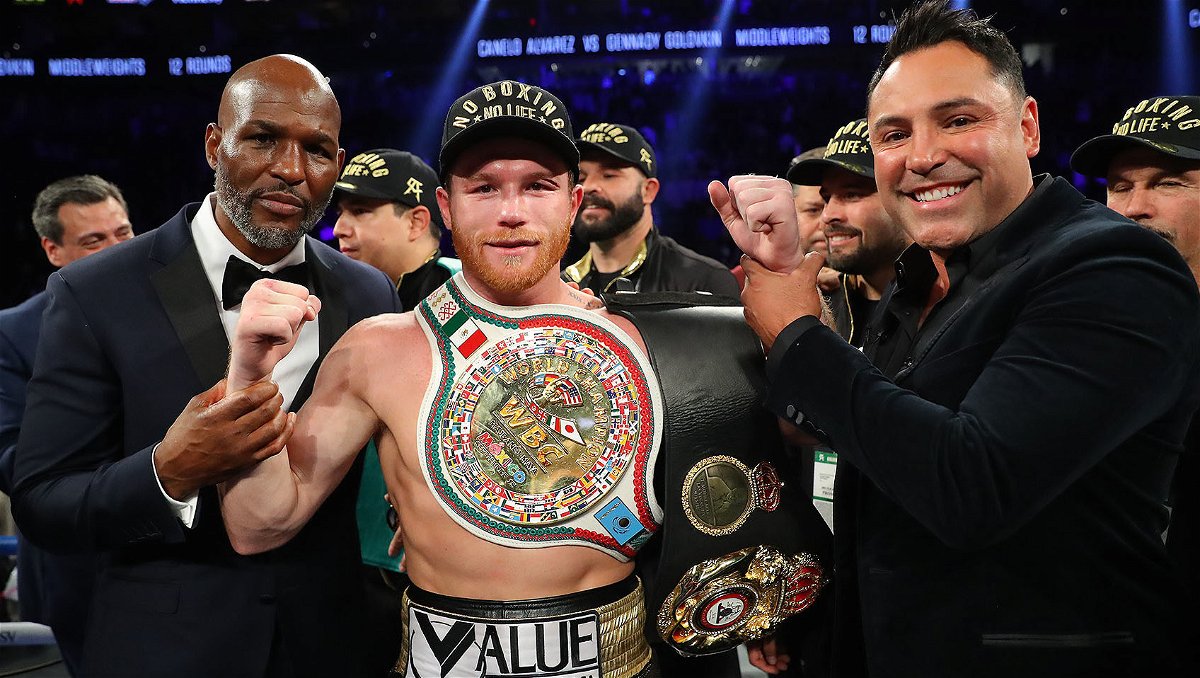 It seems that the relationship between Alvarez and De La Hoya has been irreparably damaged and the former most likely won’t be fighting this year. Also, after the legal issue is solved, Alvarez will have to look for a new promoter which will take time. At the age of 30, in his absolute prime, a lot of precious time will be lost.