Canelo Alvarez’s Tattoos: What Do They Mean?

Canelo Alvarez is one of the most easily recognizable boxers in the world. The Mexican super-star is known for his insane physique and boxing skill. However, one aspect of the champion that goes under the radar is his tattoos. He is a big fan of body art and has a number of different tattoos himself. So let’s look at what tattoos Canelo has and what they mean.

What Tattoos does Canelo Alvarez have?

In total, Canelo has 14 different tattoos. Each has its own meaning and reasoning behind it. Some are known while others are private. Here’s a list of all 14 tattoos.

1.       Daughter’s portrait tattoo: Canelo has a big portrait of his daughter Emily on his left forearm. This is because for Canelo, his family has always been a priority and his love for his daughters comes before everything else. 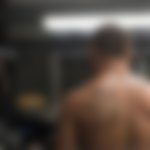 4.       ‘Lady with Plume’: Sticking to his proud roots, Canelo also has a tattoo of a woman with a plume headgear on his left forearm which shows his respect for his heritage.

5.     Girlfriend’s Eyes tattoo: Canelo also has a pair of eyes tattooed on his left forearm. However, the meaning of this tattoo is unknown.

6.       ‘No Boxing no life’ tattoo: Another one of Canelo’s meaningful tattoos is his ‘No boxing, no life’ one that we can find on his left bicep. This is right next to the tattoo of his daughter Maria.

7.       Matching Crown tattoos: Alvarez and his girlfriend have matching crown tattoos on their forearms. This tattoo is also accompanied with the date ‘28/11/2014’. Thus, it is safe to say this is a date special to the couple. 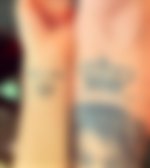 READ: How Did Saul Alvarez Become Canelo Alvarez? The Real Reason Behind His Nickname

8.       Cinnamon tattoo: The Mexican has a tattoo that says ‘cinnamon’. This is a tribute to his nickname Canelo, which translates to cinnamon in English.

9.       ‘Perseverencia’ tattoo: Alvarez also has a tattoo that represents his mindset and dedication. He has the word ‘Perseverencia’, which means perseverance, tattooed on the back of his neck.

10.   Rose: Canelo also has a tattoo of a rose on his left arm. However, the reason and meaning behind this design is unknown. 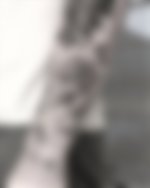 11.   Debut Date tattoo: Alvarez has a tattoo of the date on which he made his debut. However, the date is in roman numerals. It converts to 29/10/2005- The day he made his professional boxing debut as a 15-year-old.

12.   Daughter’s birthdate tattoo: Canelo has another date tattoo on his left forearm. This time it is the birthdate of his first daughter Emily who was born on 12/10/2007. And again, this tattoo is also in roman numerals.

13.   Second daughter’s birthdate tattoo: Along with Emily’s birthdate, Canelo also has tattooed his second daughter, Maria’s birth date, on his body. This however is not in numerals and is located at the bottom of his neck. It reads, ’28 Dec 2017’.