Dillian Whyte Feels No Pressure Ahead of Alexander Povetkin Rematch

Dillian Whyte will finally storm into the ring after succumbing to a vicious knockout loss to Alexander Povetkin. Ever since that loss to the Russian, Whyte has expressed his curiosity for a rematch, and he’s finally on the line to settle scores with the latter.

Lately, Whyte was in a conversation with Carl Froch, wherein he shed some light on his upcoming rematch and the mental pressure going into this matchup.

“I think there’s more pressure on the first fight than there is (in) this fight,” he said.

‘The Body Snatcher’ admitted that he was under substantial pressure during their first encounter, but that won’t be the scenario when he walks into the rematch on March 6.

He further continued, “We shared the ring before we know, we know each other now. You know, it says in my career where I can still learn against it upgrade I can still make an adjustment,”

The last time this duo met, Povetkin floored Whyte on the canvas in round 5. It was a staggering KO victory for the Russian that accoladed him with the WBC interim heavyweight title. With this loss, the Brit Whyte’s affair with a title-shot again got fetched, and this is prominent why he was hungry for a rematch.

The Povetkin loss was just his second career loss, the first came in against the current unified heavyweight king Anthony Joshua.

Whyte will look to turn the tide in his favor in this charismatic rematch and get his hands firmly set on a title shot.

Read – Vasyl Lomachenko Recovers From Injury: ‘Back From the Matrix, I Can’t Hear What They’re Saying’

In the aforementioned interview, the ‘Body Snatcher’ asserted that he won’t let Povetkin catch him with the same punch in the rematch. Whyte fared well in their previous outing until the Russian caught him with a wild left shot. He believes in his abilities and he’ll arrive with all the polished skill sets in the second contest.

The British boxer is eyeing the bigger picture with this fight. If he puts on a win in this outing, he’ll be an undeniable contender for the WBC heavyweight title. 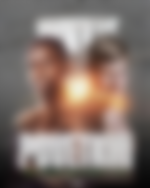 Over the course of his prolonged boxing career, Whyte has shown keenness to reach the title and sit at the apex point in the division. His approach in this rematch will be worth a watch.

Who are you rooting for among Dillian Whyte and Alexander Povetkin?