Dillian Whyte suffered a brutal fifth-round KO against Alexander Povetkin in his match on August 22. While some called it one of the saddest moments in boxing history, others felt that Whyte deserved what happened to him. Andy Ruiz Jr., who was reportedly offered a fight with Whyte on multiple occasions, laughed off the knockout loss.

Whyte and Ruiz have been going back and forth for a while now. On several occasions, the British boxer trashed Ruiz for his unimpressive physique. He went as far as calling Ruiz a person with diabetes. Recently, Whyte reiterated his statements and claimed that Ruiz cannot win a fight against him. 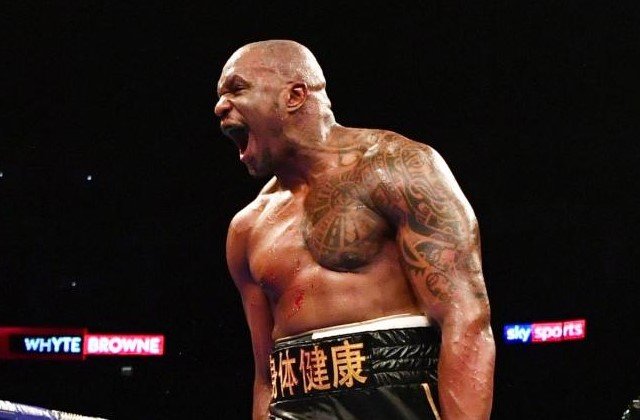 “Andy Ruiz is glad that he don’t have to fight me. He’s glad the only battle he’s got now is just with diabetes. I’m not on him anymore, he’s glad. Diabetes he can overcome, but he can’t overcome me,” Whyte told IFL TV.

Following his loss, Dillian Whyte made it clear that he wants to win the belt back. He even interrupted Eddie Hearn’s post-fight interview only to tell him that he wants the rematch. In fact, he has already begun training for his next fight. This time, he vowed to knock out Alexander Povetkin.

I’ve never feared losing. I’m a real fighter, that will fight anyone, anytime. Congratulations to my opponent but December we will go to WAR and it will be beautiful. I have no regrets because I give you my all, and I will continue to, until the end. From me to those like myself that came from nothing watch me rise and rule as #number1.

Whether fans hate him or like him, Dillian Whyte is an elite level boxer. He proved it in his last fight too. He knocked down Alexander Povetkin twice in the fourth round. There is no doubt that he will return stronger and better prepared than before.

Anthony Joshua’s Promoter Rips Deontay Wilder’s Team: ‘They Don’t Know Their A*** From Their Elbow’