There will be a belt on the line for the Mike Tyson vs Roy Jones Jr. exhibition fight.

The World Boxing Council, in a statement, said that the fighters will compete for the ‘Frontline Battle Belt.’ The fight will take place on November 28 and will feature other fights, including YouTuber Jake Paul vs Nate Robinson. However, this event got more exciting with the latest announcement regarding the belt. 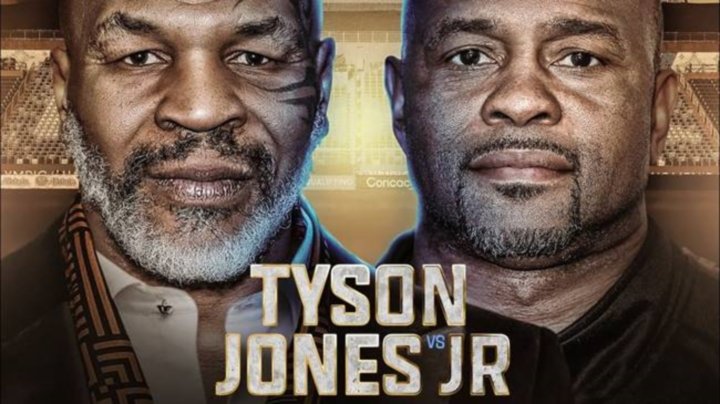 In a fight where both legends of the sport are coming back, many fans are skeptical. Despite all the training videos of both fighters, there are still doubts about the fight.

The WBC has now given a little more bite to the contest with the addition of the belt. Ariel Helwani was the first to report the news.

Mike Tyson and Roy Jones Jr will be competing for the WBC Frontline Battle Belt, I’m told. Here’s a pic of said belt, created just for them.

On his Twitter, the reputed combat sports journalist tweeted, “Mike Tyson and Roy Jones Jr. will be competing for the WBC Frontline Battle Belt, I’m told.” He then posted a picture of the belt for which the two legends will battle it out.

Helwani also revealed the scoring system for the fight.

“WBC’s remote scoring system will evaluate Tyson and Jones Jr.’s performance. Three champions will serve as the judges. Each round will be scored and announced to the public. California State Athletic Commission will oversee, regulate, and sanction.”

This is an interesting prospect for the controversial topic of scoring in the sport. They are yet to confirm the three champions, but announcing the scores after each round is something very new. While MMA fans have already witnessed open-scoring, boxing fans are yet to taste it.

Other details about the Mike Tyson vs Roy Jones Jr. boxing event

The Canadian journalist also confirmed that both fighters will adhere to doping regulations. He said:

“Both fighters are also voluntarily participating in the clean boxing program with anti-doping testing through the Voluntary Anti-Doping Association.”

This will make for a better contest between the two. It also ensures that the fighters will have responsibility for the event.

Both fighters are also voluntarily participating in the clean boxing program with anti-doping testing through the Voluntary Anti-Doping Association (VADA), per a release.

The biggest take away from these statements is that this fight is not just an exhibition. The WBC is trying everything they can to make sure it is a proper boxing event.

Although, much to Floyd Mayweather‘s dismay, this may be yet another belt in boxing. However, this gives credibility to the event, and it is up to the boxers to deliver on the day. Everything is in place for a successful event at the moment.