Youtuber turned boxer, Jake Paul, has established a name for himself in the world of boxing. Recently, his big August 6th event was canceled for the second time. But the 25-year-old quickly got over it and opened his company ‘betr’. There are two parts to it, one of which is a talk show. Watch how NFL player Tyreek Hill, who was a guest on the show, shockingly made a startling remark about Usain Bolt.

As the conversation progressed, Jake Paul asked the guest, “Could you beat Usain Bolt in a race?”

Jamaican sprinter Usain Bolt is regarded as the greatest sprinter on the planet. Regardless, the NFL WR feels that he could beat the Jamaican in a race.

Who will Jake Paul fight next?

Paul entered boxing in 2018 when he fought fellow Youtuber Deji Olatunji on Logan Paul vs. KSI’s undercard. Since then, he has been utterly serious about becoming a boxing champion. He even has his own promotions company, MVP Promotions. ‘The Problem Child’ was supposed to fight Tommy Fury on August 6th at Madison Square Garden in New York City. However, the latter pulled out and Hasim Rahman Jr. came as a replacement. But even this match-up didn’t end up inside the ring. 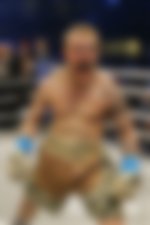 Paul’s next opponent has not been decided yet, but his British rival announced that he wants to go up against Paul. Apparently, Tommy Fury took to Instagram to call out ‘The Problem Child’. He stated, “I am ready for October and 185lb is my fighting weight. If you want this dust settled once and for all get yourself over here and we will get it on. There is no excuses here no one is afraid to fight you. Get in touch you pick the date and venue I am not bothered let’s just get this on.”

In addition, Paul wrote in a now-deleted Tweet, “Groundhog Day”. It is a reference from a movie, where things keep repeating, meaning Fury will again withdraw from the fight.

Moreover, there might be chances of Paul facing former kickboxer Andrew Tate or British Youtuber KSI in his next match. Meanwhile, what do you think about Hill’s remarks on beating Usain Bolt? Share it in the comments below.