Anthony Joshua, the unified heavyweight world champion, will try to overpower one of the biggest adversaries of his career when fights against Kubrat Pulev in a 12-round main-event clash.

Following the pair of Andy Ruiz Jr fights, several fans have doubted Joshua’s knockout abilities. However, the ‘AJ’ still has plenty of believers, and Floyd Mayweather might be the biggest of them all.

Before the high-voltage fight between Anthony Joshua snd Kubrat Pulev, Mayweather has dived into the heavyweight mix.

He took to social media to express his support for ‘AJ’. The five-division world champion posted a picture of himself alongside Joshua on his Instagram stories. He wrote, “Headed to support my brother Anthony Joshua”. 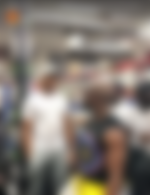 Yes! You read that right. Floyd Mayweather is present in the building!

Joshua and Mayweather are two of the biggest superstars in the sport. While the former holds the unified heavyweight straps, the latter is no longer active.

But Mayweather continues to rumble in the boxing headlines with his cheeky stunts, especially as he is returning to fight Logan Paul in early 2021. But tonight is about Anthony Joshua, and Mayweather has all his support for the world champion.

Can Anthony Joshua land a KO?

Despite having a one-fight active win streak, ‘AJ’ is on a KO-draught for more than two years now. He hasn’t landed a stoppage since finishing Alexander Povetkin in 2018.

As we move closer to his upcoming title defense, Joshua might want to defend his belts via stoppage. However, there’s much more at stake for him other than the belts.

A defeat can rule him out from heavyweight dominance alongside the possible title unification against WBC champion Tyson Fury.

So, he might not hesitate in playing it safe and securing a victory on the judges’ scorecards. Meanwhile, Pulev will challenge him to the core and will demand the best.

Both the pugilists appear ready for the fight. The final answer will only be revealed when they collide inside the ring.

Do you think AJ can win the fight?