The baddest man on the planet, Mike Tyson, had a string of foes in the past. At age 20, he became the heavyweight champion of boxing. Tyson knocked every opponent out cold in his prime days. One such opponent he knocked out was fellow American, Peter McNeeley.

Mike Tyson has been an elite speaker with Hot Boxin Podcast. Recently, the podcast’s Instagram handle rolled out a question for boxing fans, asking who should be the guest with Mike Tyson in one of their videos. 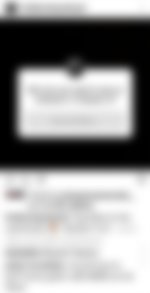 Tyson’s arch-foe back from the 90s era took a chance to comment on the same. He wrote, “I would love to puff some green with MIKE on his show.”

The fight between Tyson and McNeely flashes back to 1995. The duo shared a fiery stare-down just before the fight began, and it was presumed to be an absolute blinder. As expected, the fight began with both of them looking to secure an early knockdown in the fight.

McNeely started off by throwing quick and powerful strikes on ‘Iron’. Tyson didn’t find it tough to defend his punches and was just looking for that one hit.

Capitalizing on his mistake, Tyson landed a huge right hand to put McNeely on the canvas. The latter stood up and started an assault on Tyson yet another time but fell prey to Tyson’s vicious uppercut.

McNeely’s team sensed this as a long night for him and jumped inside the ring to ask the referee for a stoppage. His team wanted to avoid further damage, and that’s how ‘Iron’ added another astonishing victory to his resume.

Will Mike Tyson get Peter McNeeley as a guest on his podcast?

Tyson and McNeely confronted each other two decades back. Mike Tyson is a changed man altogether, and it doesn’t seem that he will have anything against the American at this stage. However, it would interest one and all to see Tyson reverting to the ‘Hurricane’ for his desire to be on his podcast.

On the Hot Boxin podcasts, Tyson has shared space with some notable names of boxing like Sugar Ray Leonard and the current heavyweight sensation Tyson Fury. Getting Peter McNeeley on this podcast shouldn’t really be a problem. In fact, it will be intriguing to hear about the anecdotes or the thought process he had for the Tyson fight.

Fans await a response from Tyson to his previous nemesis, and they wish to see them on this much-awaited podcast.

How would you react if Mike Tyson gets Peter McNeeley on this show?