Along with being one of the best boxers in the world, Gervonta Davis is also known for his great fashion sense. And, the five-time world champion has not been shy to rip on his peers for the lack of it. 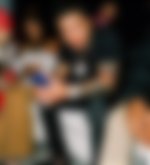 In an episode of I AM ATHLETE, Tank was not afraid to take shots against the Charlo Twins and even the former promoter, Floyd Mayweather.

When the co-host asked Chad Ochocinco Johnson about the 3 most fashionable boxers, The Charlo Twins were Chad Ochocinco’s choice along with Gervonta Davis.

Davis cheekily dismissed him by replying, “ Me, Me, Me.” Brandon Marshall also asked Davis about Floyd Mayweather‘s fashion sense, but his answer was the same with a laugh.

A rocky relationship with Mayweather

Gervonta Davis signed with Mayweather promotions in 2015 and has been with them for his entire career, but the relationship between the two seems to be coming to an end.

Davis has made it clear a few times that he is not happy with Mayweather Promotions and will not sign with them after his contract expires. He has also been vocal on Twitter to express his views on the arrangement.

He tweeted, “Lol n***a had a press conference today and fight on the same day..no matter how much money you have you can still be jealous of a mf! Boy.”

He deleted this tweet, but many people saved screenshots, and it resurfaced again.

Gervonta Davis seemingly hitting out at Floyd Mayweather in a now deleted tweet. Mayweather announced his exhibition at a presser yesterday, on the same day as the presser for Tank's fight vs Rolly Romero… pic.twitter.com/P0n4OQ7MlS

Davis has been frustrated with the promotion for a while now, feeling that the promotion is not providing him with top opponents. Davis also expressed this in the podcast by taking a dig at Mayweather’s fashion sense.

He had also taken to Instagram and directed shots at Mayweather.

Even after seven years of being with the promotion, Gervonta Davis seems adamant to renew his contract and feels like he is not getting the treatment he deserves.

He will fight unbeaten lightweight contender Rolando ‘Rolly’ Romero on May 28 at the Barclays Center in Brooklyn, New York, and Mayweather’s exhibition bout with Don Moore might overshadow his fight.

There is a high chance that this fight will be Davis’ last one for Mayweather Promotions, as their relationship seems to be in a fragile state.

Why do you think of Gervonta Davis’ comments and decision to leave Mayweather Promotions? Let us know in the comments below.