Andy Ruiz Jr. needs no introduction in the heavyweight roster today. The Mexican boxer turned an overnight star by beating the top-graded boxer of this era, Anthony Joshua. However, the Brit turned the tide in his favor when they re-matched and handed Ruiz a unanimous decision loss. Since then, the ‘Destroyer’ parted ways with former coach Manny Robles and came under Eddy Reynoso’s wing.

Robles was in a chat with Fight Hype, wherein he shared his notions on Andy Ruiz Jr.’s transformation, his separation from the 31-year-old, and more.

For a few days, Ruiz has been in the news for his sheer transformation. He has lost a significant amount of weight and is training hard to make a sturdy comeback in the ring in 2021.

One of his training videos reached his former trainer Robles. He said, “Congratulations! He should have thought about that in the rematch (with Joshua) when he fought, when he was a world champion. It’s never too late, I mean, but now he lost something precious which was a heavyweight champion of the world.”

Ruiz stunned everyone by knocking out Joshua and winning multiple heavyweight titles that night. But his coach feels his recent dedication might have won him the rematch as well.

Manny Robles wanted to continue with Ruiz and help him win a trilogy over Joshua, but the Mexican boxer parted ways with him and joined another camp. His former coach wished him nothing but all the luck for the future and hoped that he could become the unified heavyweight king again.

Can Andy Ruiz Jr. find some success with his new coach?

The 31-year-old has been going through grilling and extensive workouts with his new trainer Eddy Reynoso. With his current transformation and mindset, ‘Destroyer’ is eyeing a fiery return to the ring with an aim to reclaim his heavyweight titles.

Eddy Reynoso is one of the finest coaches in the business, who has big wigs like Canelo Alvarez and Ryan Garcia under him. Ruiz is focused on starting from scratch with Reynoso, and is pretty optimistic about a prosperous boxing run hereafter.

He already had impressive power in his fists. Now, with a lean frame and newfound speed, ‘Destroyer’ can be a whole new beast in the ring. 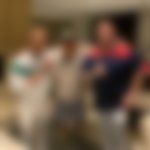 Boxing fans can’t wait to see the new Andy Ruiz Jr. back in the squared circle. His comeback fight is undoubtedly going to be worth a watch.

What do you make of Manny Robles’ remarks on Ruiz? How will the ‘Destroyer’ fare under Eddy Reynoso?