Since his loss to Tyson Fury, former WBC heavyweight champion Deontay Wilder has been away from the public eye. There was a lot of conjecture going around on social media regarding the reasons for his loss. After a lot of speculation surrounding Wilder’s mental and physical condition leading up to this trilogy bout with Tyson Fury, it looks like we finally have an official statement.

According to Wilder’s protege Raphael Akpejiori, the former is in “amazing physical shape” ahead of the bout. “The Bronze Bomber” has been undergoing intense speed and conditioning training in Miami, under the same coach who trains Akpejiori.

In an interview with Sky Sports, Akpejiori said, “Based on what I know, the only person that can beat Deontay right now, is Deontay.

“He will beat Fury if he sticks to the game plan from his coaching staff, and I know that he has all the physical tools.

“Right now he is in amazing physical shape, that I can tell you for sure. You will see a completely different Deontay, mentally and physically in the ring, when that bell rings again for that third fight. That I can tell you.”

What has Deontay Wilder been up-to since his rematch with Tyson Fury? 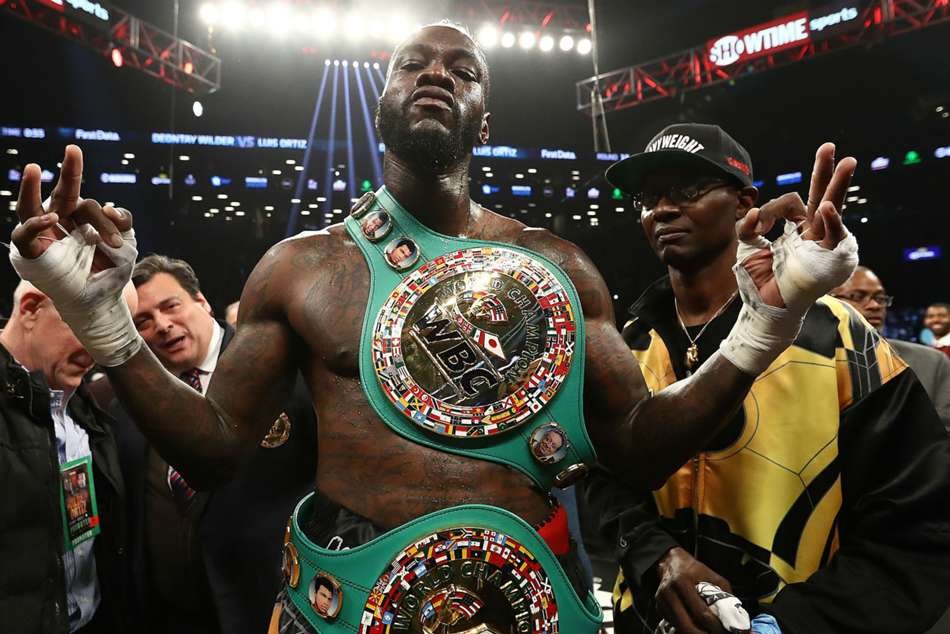 To this Akpejiori said, “You’re going to have to wait for Deontay to break it down and address those rumours.

“Listen, I can tell you from my conversations with Deontay that he was ready to fight Tyson Fury in July.

“The only reason why he didn’t fight Tyson Fury in July, was because the fight was moved due to the coronavirus pandemic and the lockdown that came after that.

“He does the same workouts that we’ve been doing. I don’t know how somebody can be injured and do all that. It’s really hard stuff, I can tell you that for sure.”

On Wilder facing Fury he said, “But concerning fighting Tyson Fury, he’s extremely confident. He’s very excited about that third fight. I can tell you for sure that he’s very hungry, and he’s trying to get back into the ring as possible. He’s in great spirits, excited to get back to fight Tyson Fury.”

With Deontay Wilder’s protege confirming that the former champ is training hard and is in great mental and physical shape, there’s only one thing that needs to be done now, i.e, set the date.