Heavyweight Kevin McBride was the last man to step into the ring with legendary boxer Mike Tyson. McBride pulled the curtain on Iron Mike following a sixth-round stoppage back in 2005. Mike Tyson was keen on coming back from another stoppage loss the year previous.

Kevin McBride went on to win only two out of the next eight bouts. The Heavyweight journeyman holds the Tyson knockout to be a highlight of his career.

The then 39-year-old Iron Mike was in the twilight of his career. Senior analysts had predicted that Tyson would hang up the gloves later that year. However, the sports world was collectively shocked when the icon finally stepped away. 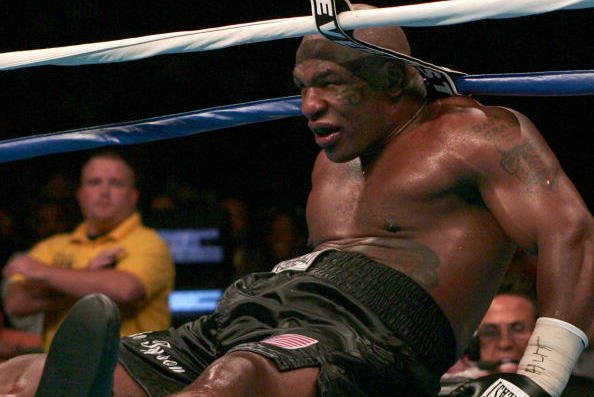 More than a decade later, Mike Tyson has expressed a desire to compete once again. He is now close to a deal to return to boxing for a charity exhibition match. Many fighters have spoken about competing against the legend in his return.

The former Heavyweight spoke up about Tyson’s return. Rather than vying for a fight, Kevin McBride is keen to look back at his most prestigious career victory.

Speaking to the Mail, Kevin McBride fondly recollects his feelings after the victory.

“I’m dancing and delighted and at the same time I know that wasn’t the Tyson of his prime. But I fought the man on the night and won”.

“I don’t have that ferocity; I’m not an animal anymore. I haven’t loved fighting since 1990” – #OnThisDay 2005: A sad sight as a thoroughly washed Mike Tyson (38) quits on his stool after 6 rounds with journeyman Kevin McBride in final fight of his career#Boxing #History #OTD pic.twitter.com/Oj3RunZN4k

McBride famously put up a doctored image of him knocking down the icon. This served as motivation for the heavyweight.

“On instinct, I said, ‘Is that all you got? You’re in trouble’. That is when he tried things. First, he got my left arm in a hold and tried to break it. He tried to bite my nipple. Thank God he had his mouthpiece in — otherwise, I’d be the Irishman with one nipple.”

Although not know to hold the most stellar career, it is clear that this memory will live on in Kevin McBride’s mind.

WATCH: When Mike Tyson Bit-Off Evander Holyfield’s Ear in One of the Most Shocking Moments in Sports History