Sergey Kovalev posted a series of stories on Instagram seemingly looking at the comical side of Coronavirus. The Krusher threw a series of combos and ensured he was safe  by wearing a  mask and a hazmat suit. Kovalev was set to face Sullivan Barerra but the fight has been postponed due to  the pandemic.

“Whether it’s in Riverside County or Los Angeles County, it is clear that we must take every precaution to prevent the potential spread of COVID-19. We lament the hardship this has caused for our fighters, partners, employees and state officials, and we look forward to providing better news in the coming weeks.”

The virus has sent the sports world into a complete shutdown. Kovalev isn’t the only high profile fighter facing the brunt of the virus. Several fights stand cancelled or postponed due to the outbreak with most promotions recording staggering losses.
This was to be the Russian’s come back fight after his thrilling 11-round fight against Canelo Alvarez. But by the looks of it, Kovalev will have to wait for his redemption fight. 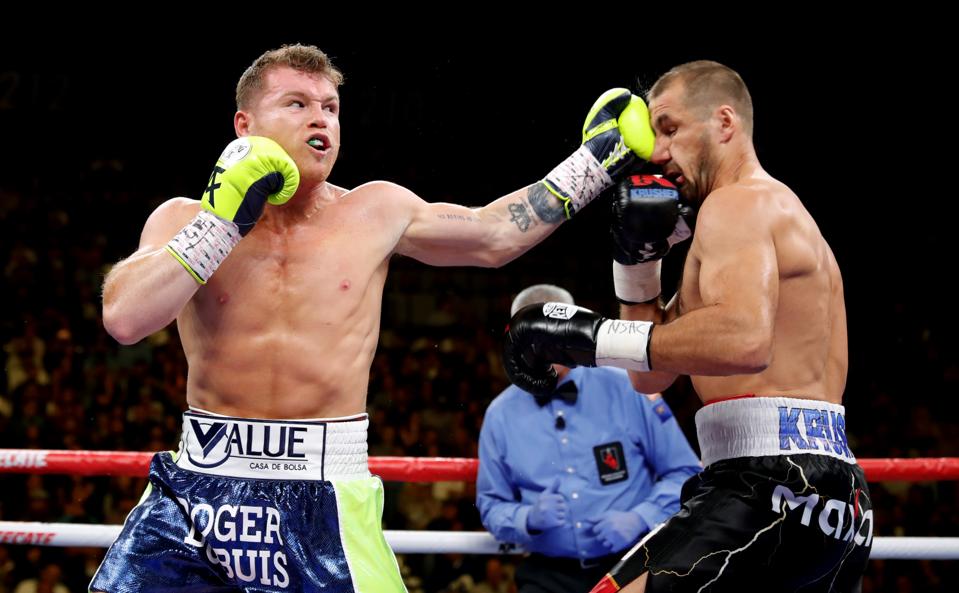 “The health of our guests and Golden Boy’s athletes is our top priority.This week we’ve seen professional sports leagues err on the side of caution, from the NBA and college basketball to the PGA and Major League Baseball, and we’re doing the same. It’s the right thing to do, and we look forward to having another stellar Golden Boy card here in the future.”

Despite the cancellation,  Kovalev hasn’t taken a day off, with his preparations for his next fight in full swing. However, given the current scenario, it’s hard to predict when we will see the Russian champion in action.