How Much Money Did Canelo Alvarez Make Against Floyd Mayweather?

It was September 14, 2013, and the night was on fire as Floyd Mayweather and Canelo Alvarez were finally set to clash. The MGM Grand had come alive with multitudinous screams, cheers, bright lights, loud music, the swishes of Floyd’s Philly-shell, and the echoes of his tactical demolition of the 23-year-old prospect.

Right from the opening bell, ‘Money’ Mayweather had complete control over his opponent. By the second half of this 8-year-old mega welterweight clash, everyone in the stands knew that Canelo Alvarez simply could not have altered the inevitable outcome that night.

After 12 rounds of total technical domination of Canelo Alvarez, Floyd Mayweather defended his position in the sport by defeating one of the most promising candidates of the time.

The fight was a clear landscape sweep for Mayweather; however, the fight was still scored as such that awarded ‘Money’ a majority decision win.

Even though Canelo Alvarez lost to Floyd that night, he took that as a lesson and moved on to dominate the sport by facing the toughest names in multiple weight classes. To date, Floyd remains the only blemish in his professional record.

It just seemed clear as day to almost everyone with an elementary understanding of the sport that it was a landslide win for boxing’s ‘Pretty Boy’. There were simply no two ways about it; it seemed like a very obvious unanimous decision victory for the face of TMT.

Floyd Mayweather has shown a lot of iconic post-fight reactions; however, his “what the f**k” remark after this 2013 fight was a fair representation of what the judges had penned down in their scorecards.

Instead of a very clear unanimous decision win, the judges declared a majority decision victory for the undefeated welterweight champion.

Even though, in the end, the best man bagged the win, the judges’ scorecards from that night point to a clear bias and a conspiracy to sabotage Mayweather’s undefeated streak at the time.

The pound-for-pound king at the time, Floyd Mayweather Jr., reportedly earned a record guarantee of a $41.5 million purse compared to $5 million for RING and WBC junior middleweight champion Canelo Alvarez for their mega welterweight clash. 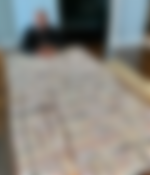 “He will end up making more than $5 million. He is going to make a significant upside because of the pay-per-view,” said Schaefer of Alvarez. “It doesn’t matter that he is getting $5 million, because he will make millions and millions more because I guaranteed him money on the pay-per-view, but I don’t want to say how much,” said Richard Schaefer.

The CompuBox stats for Canelo vs Floyd clearly show how dominant Mayweather really was in the fight. He was far ahead of the fighter from Guadalajara, Mexico in terms of jabs, power punches and overall punches landed.

Canelo only landed 15% jabs and Floyd jabbed up to 42%. Even in terms of power punches, Mayweather was nearly 20% ahead of his opponent that night. 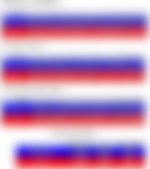 One judge for the Floyd-Canelo clash could have potentially changed the course of boxing history forever if the other two judges were also equally biased. Floyd Mayweather defeated Alvarez in 2013 by way of a majority decision; however, this was very clearly a unanimous decision win.

There was just one person responsible for this misrepresentation of Floyd’s efforts that night – CJ Ross. Per BoxRec, judges Dave Moretti and Craig Metcalfe scored the fight 116-112 and 117-111 respectively in favor of Mayweather.

However, judge CJ Ross somehow managed to evaluate those 12 rounds as 114-114 even.

As that 114-114 score was announced, a wave of ‘what the f**ks’ echoed across the MGM Grand. To date, this is considered to be one of the most controversial decisions of all time. Luckily, the other two judges did a fair job; they scored the fight in favor of the better man that night.

Floyd Mayweather vs Canelo Alvarez is considered to be one of the top-grossing fights of all time. The mega welterweight clash generated nearly 2.2 million PPV buys.

What are your thoughts on this 2013 fight?