Claressa Shields was recently all over the news after she suffered her very first combat sports loss. ‘GWOAT’ ended up on the losing vertical against Abigail Montes in her second PFL outing. Subsequently, a lot of fans criticized Shields for her performance and one of her biggest critics was the YouTuber turned boxer, Jake Paul.

Both Shields and Paul have engaged in banter earlier, too. But this time, ‘The Problem Child’ elevated the trash talk game by congratulating Abigail Montes on his Twitter handle. He also painted shots at ‘T-Rex.

Congrats Abigail Montes! Someone get her a Twitter! pic.twitter.com/gRTqKLZt8A

Shields couldn’t hold herself back from giving a stern reply to ‘The Problem Child‘.

She tweeted, “this is funny. You come running when I lose a split decision in a while new world mma but never even once said “congrats on all you’ve done and aspire to do.” 2 things that remain Jake, I still fight better than you & you won’t accomplish 10% of what I have in boxing or life” 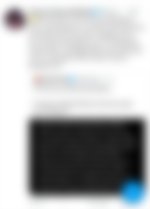 Later, she added, “Unlike Jake I fought a real mma fighter, he has yet to face a real boxer in boxing but Showtime will still back him though” 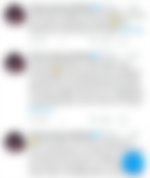 In her above comments, Shields didn’t budge an inch in going after Jake Paul. Also, with her statement, it seems she hasn’t taken her PFL loss to heart, and moreover, ‘GWOAT’ seems hungry to come back and attain a stellar win next time.

Jake Paul vs Claressa Shields – Where will this rivalry go?

‘The Problem Child’, over the past 10 months, hasn’t spared elite combat sports personalities. He took a jibe at some of the biggest fighting names in his interviews, tweets, and more.

However, no one expected him to hit out at Claressa Shields. For now, this rivalry is limited to the virtual or social media world, but no one can predict where this will go.

Fans would look ahead to the duo’s banter to stay entertained. What do you make of Paul and Shields’ above verbal exchange?