George Foreman was one of the greatest heavyweights of all time. As a professional boxer; in 81 matches, he had 76 wins and 5 losses. Along with that, at the 1968 Olympics, he also won the gold medal in the heavyweight boxing division. He was also the oldest champion in the sport’s history when he regained the heavyweight title at the age of 45.

Foreman has faced some of the biggest names in boxing, like Joe Frazier, Evander Holyfield, and Tommy Morrison during his career. And out of the five losses, he has faced only one that came by a knockout. Foreman has suffered his only knockout loss to arguably the greatest boxer ever, Muhammad Ali. 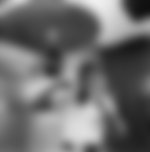 This bout was named the ‘Rumble in the Jungle’ and it ended with Muhammad Ali stopping George Foreman in round eight.

George Foreman seemed to recall this incident when he took to Twitter and shared his experience.

Two things I will never forget about my Boxing career; How hard I could hit ( not proud of the first part) and how hard I was punched. I heard bells & Whistles while body collapsed pic.twitter.com/8PAfA7Ss1C

He wrote, “Two things I will never forget about my Boxing career; How hard I could hit ( not proud of the first part) and how hard I was punched. I heard bells & Whistles while body collapsed”.

It was always a treat to watch you fight. As a lifelong fight fan, I appreciated the fast, stylish guys (Ali, Leonard, Whitaker, Mayweather, etc) but I always held a special place in my heart for the heavy-handed bangers (you, Shavers, Lyle, Frazier, Tyson).

The one thing that I will never forget about you sir is that nothing could stop you when you set your mind to it. You said you would be champion again and at 45 you proved the whole world wrong. They said you was too old. Who decided that? 🥊 much love champ

No shame in knowing how hard you could hit! But you were much much more than a slugger. The documentary I have always loved the most (Champions Forever) demonstrated how great a boxer you were as well 🥊🥊

Foreman got a lot of fans appreciating him by coming out and sharing their favorite moments of Foreman’s career.

George Foreman gets knocked out at ‘Rumble In The Jungle’

This was an event that completely changed the face of boxing. Coming into the fight, Foreman was the heavyweight champ at that time and was more favored to win the fight. Meanwhile, Ali was coming into the fight just after his suspension for refusing induction into the U.S. Army. He came in as the big underdog, gunning to regain his world titles. He faced Foreman, right in his prime, undefeated and seemingly unstoppable.

Ali knocked out Foreman in the eighth round with a flurry of punches on an exhausted Foreman who literally collapsed. The loss was the first in Foreman’s professional career and he was never again knocked out in his career.

George Foreman also recalled his knockout power in the tweet, which he was also famously known for. He was one of the most dynamic and powerful boxers in the heavyweight division during his prime. The first time he won the professional heavyweight belt was by knocking out Joe Frazier in Kingston, Jamaica on Jan 22, 1973.

He retired in 1977, although he then came back into the sport in 1988 and captured the heavyweight title once again; beating Michael Moorer in 10 rounds at Las Vegas, Nevada, on November 5, 1994. Foreman retired from boxing for the final time in 1997 and was inducted into the International Boxing Hall of Fame in 2003.

Where do you think Foreman ranks among the top heavyweight boxers? Let us know in the comments below.