“He Can Eat You With His Hands” – Roy Jones Jr. Comments on Anthony Joshua

Mike Tyson has confirmed he won’t be receiving a single dollar for his fight against Roy Jones Jr.

The bout between the two legends was confirmed earlier this month and is set for 24th September. ”Iron” Mike last fought in 2005 where he retired shortly after his loss to Kevin McBride.

After his retirement, he had stated multiple times that he despises boxing and is not looking to make a return. However, Tyson stunned fans by announcing his return earlier this year. 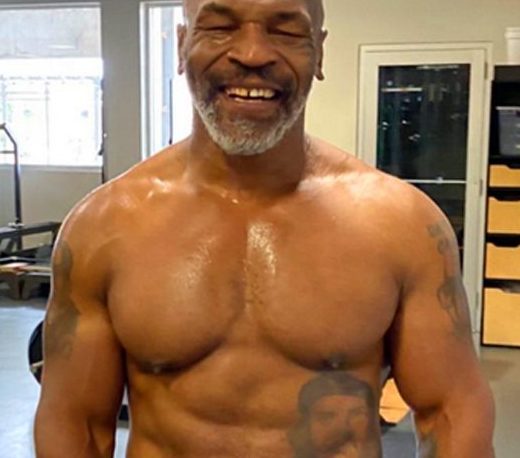 Mike Tyson reveals he won’t be making any money

“Now I’m doing it with a lot more enthusiasm because I’m doing it for someone else. It’s going to be for various charities.

“Nobody has to ever worry about me getting rich, or getting jealous, or saying I’m doing this for money.

“I’m not getting anything. I just feel good doing this because I can.” Said Tyson during an interview with TMZ.

Tyson has posted several videos on social media and has certainly rolled back the years. He revealed he lost nearly 6 stone in preparation for this fight.

There were plenty of rumors suggesting Mike had been offered Multimillion deals in order to fight in various promotions. However, the boxing legend has mentioned time and again he does not want to fight for money.

Mike Tyson and Roy Jones will certainly generate plenty of, money for charity. Both boxers are considered legends in the sport and is set to be a blockbuster of an event.

What are your predictions for the fight? Let us know in the comments below!.