After a pure 10 round war, Denzel Bentley couldn’t win the title contest against Mark Heffron in tonight’s co-headliner.

The IBF European middleweight contest ended in a draw as both men gave their all inside the ring. While Bentley seemingly landed some crisp combinations in the primary stage, the action prevailed until the final seconds of the fight. 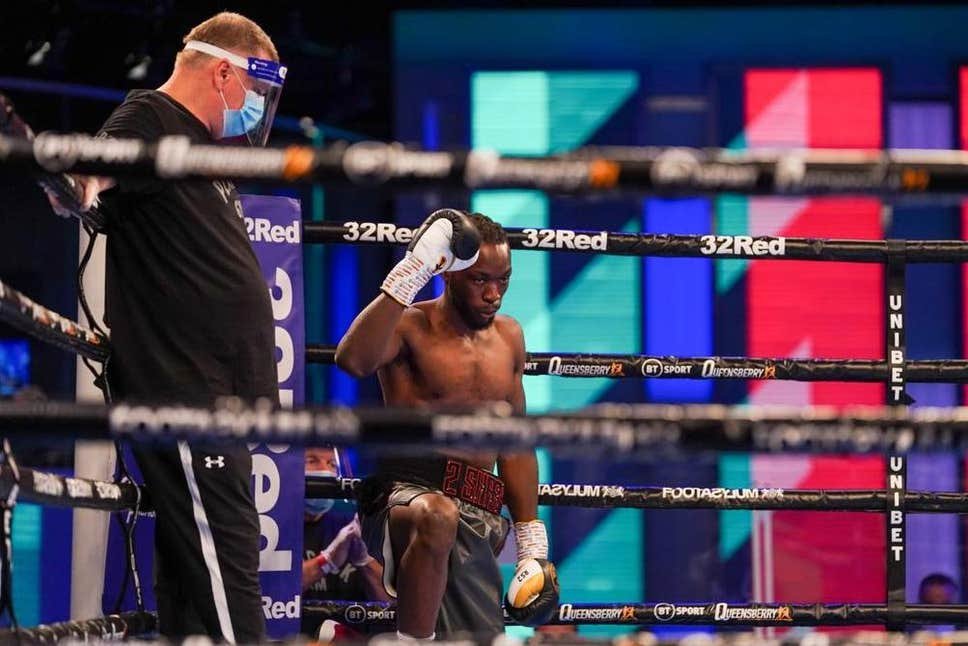 Bentley and Heffron landed some massive blows on each other and did everything they could to win the title. However, the judges could not prioritize anyone on the papers.

The vacant IBF European middleweight title was put on the line. And boxing fans were expecting fireworks inside the ring.

Also, Betley and Heffron are known for their insane KO power. That said, the blockbuster thriller had all the necessary elements required for an amazing matchup. However, none of the boxers could surpass the other. Even if they did, it was not prominent enough to notch the world title.

Bentley dominated the fight as he secured an early knockdown. However, Heffron rose back on his feet and outstruck his rival on several occasions. Meanwhile, the final 10 seconds of the contest were absolutely thrilling.

@2sharp_d scored an early knock down, but @markheffronn got revenge with some big shots of his own 👏 #boxing #NoFilterBoxing

Both Brits exchanged some intense swing to seal the victory for themselves. Despite that, it all went to vain. Thus, it also brings an inevitable rematch on the charts. Bentley (13-0-1) and Heffron (25-1-1) faced the first draw of their pro-career. They are interested in running it back.

They can put that knowledge to use if the rematch happens in the future. However, for the timing, the IBF European middleweight title is still without a titleholder.

"I landed the cleaner shots and moved when I needed to."

"He caught me with the odd jab, that was it!"

Absolutely love this. Both men want the rematch. The rematch will happen and it's gonna be 💥 #HeffronBentley pic.twitter.com/Ggb4gOJwZ8

As the co-main event closes, boxing fans have already come across some intense fights during tonight’s card. The main event is still to take place, but the co-headliner has impressed the fans highly.