It is not hard to imagine why Sajad Gharibi is famous; he’s just extremely big. He has over 600,000 followers on Instagram and likes to call himself the ‘Iranian Hulk’.

This is not just another big weight-lifter referring himself or herself to the Marvel superhero. Gharibi could be the closest thing we have to a real-life Hulk. And Gharibi now has big plans to show the world how strong he really is.

With Strongman athletes like Eddie Hall and Hafþór Björnsson entering the boxing domain, Gharibi now feels even he has what it takes to fight in the ring. And that is why he has now signed a contract to fight one of the scariest men on the planet – Martyn Ford.

To put this matchup into perspective, this is a real-life battle between ‘Optimus Prime’ and ‘Megatron’. Regardless of your thoughts on celebrity boxing, it simply can’t be said that seeing two giant men fight will not be entertaining. 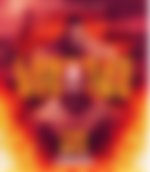 Ford and Gharibi are now scheduled to face each other in the ring next year in April. This mega-celebrity boxing match is reportedly set to go down at the 02 Arena at Peninsula Square in London.

Pre-general sales tickets for this event along with an equally interesting celebrity boxing undercard can be accessed by signing up to Eventbrite.co.uk.

The ‘Iranian Hulk’ is crushing watermelons to beat Martyn Ford

Celebrity boxing is weird and funny for some, sad for many, but it’s definitely entertaining for all. With Jake Paul, Logan Paul, Hafþór Júlíus Björnsson, Lamar Odom, and many more stepping in the ring, celebrity boxing is now growing faster than ever before.

2022 will see multiple fights between some of the biggest men on the planet. Strongman top-dog Eddie Hall and ‘Game of Thrones’ star Hafþór Björnsson will fight sometime early next year. Apart from that, even the ‘Iranian Hulk’ will face another giant man, Martyn Ford.

Sajad Gharibi has now even shared some insight into his ‘training camp’ for the fight next year on Instagram. In a recent video, he can be seen bending a piece of metal and crushing a watermelon.

He is even doing quite a bit of solid ‘wall-work’ to prepare for his boxing debut; the video shows him quite literally punching a concrete wall like it’s a punching bag.

Martyn Ford is not punching walls, but is working on speed and movement

Unlike his opponent, who is clearly banking on just his ability to break and bend stuff, Martyn Ford’s Instagram feed shows a rather boxing-centric training approach.

Last week, Ford uploaded a short clip of him doing something that his opponent is evidently not doing much of – move. In this video, he can be seen working on footwork and movement to enhance in-ring agility.

In this clip, he also stated in the caption that instead of gaining muscle or mass to face Gharibi, he plans on shedding unnecessary pounds. Ford highlighted that before getting involved in weight-lifting, he was an “extremely fit athlete”.

“Down from 23.7stone to 22.5st …… I have switched up all of my training, from lifting Movement.. NO more static lifts, NO more hypertrophy, NO more TUT …. what people forget, is that before moving weights I was an extremely fit athlete ….

“I promise you, in 5 months time …. April 2nd, o2 arena … I will be taking his jaw clean off. There really is no competition here, I don’t expect any thing else but a clean TKO … and then the most incredible after party London has seen. I can NOT wait to see all of you there !!!!!!” said Martyn Ford in an Instagram caption.