‘The Gypsy King’, Tyson Fury believes Deontay Wilder has accepted the fight solely due to one reason, money. Fury destroyed the bronze bomber in the rematch, securing a victory inside 7 rounds.

Wilder looked like a shadow of his former self and was unable to land any significant punches. Fury was set for an all-Brit unification bout, however, Wilder activated the trilogy clause. 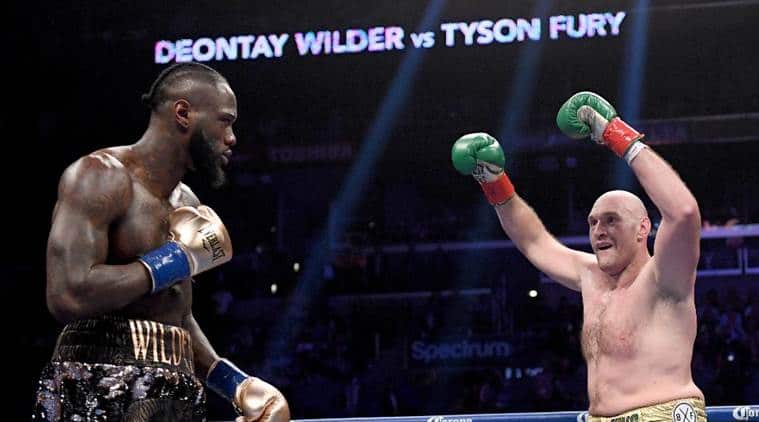 “There’s all these words of Anthony Joshua and all these other opponents. But old Deontay Wilder’s still got the third fight that he has to take. He will do, he’ll take the fight for one pure reason. It’s called money.

“He’ll take the fight because there’s a hell of a lot of money on the table and he’s got eight or nine kids to feed. He’ll definitely take the rematch, and it’s heavyweight boxing, anything can happen. Especially with a dynamite puncher like Wilder,” said Fury.

There were talks of Wilder accepting a step-aside deal, however, the terms and conditions were considered to be out of order. Wilder allegedly demanded $10 million and a chance to face the winner of Joshua vs Fury.

Kubrat Pulev, who is Anthony Joshua’s mandatory challenger also revealed he won’t be stepping aside.

The trilogy bout was set for the summer, however, plans are on hold due to the virus. Wilder will be coming in as a major underdog in the fight, but there is a chance he can cause a major upset, not unlike Fury himself.

Tyson Fury outboxed a lethargic looking Wilder on that fateful night. Wilder is known for his strength and explosiveness, and couldn’t display any of his skills against Fury.

This fight is potentially Wilder’s last big contract. And, with a chance to cause a major upset, boxing fans are eager to witness the final edition of their trilogy saga.