AEW Announces What’s Next for Miro on Dynamite

It looks like the WBC middleweight champ Jermall Charlo is highly confident about his fight with Sergiy Derevyanchenko on October 24. The former started an Instagram live video from his account where he is seen in his gym. Charlo, in this video, can be heard talking about beating Derevyanchenko in a dominant fashion.

In one part of the video he is heard saying “Get a load of it, I’ma talk this shit and I’ma beat the s*** out of him [Derevyanchenko].”

Holding the camera, he adds “If ya’ll love me then ya’ll know, if ya’ll don’t, then ya’ll don’t. You know what I’m saying. We run this s***. We back, that vintage Charlo back.”

Other than that, Charlo was seen interacting with fans, asking them where they were from.

How Jermall Charlo vs Sergiy Derevyanchenko might play out

Jermall Charlo (30-0, 22 KOs) is coming off a seventh round knockout of Dennis Hogan, defending his WBC middleweight title for a third time. He was promoted from interim champ status after his fight with Matt Korobov. His opponent, Sergiy Derevyanchenko (13-1, 10 KOs), might not have won a title yet, but has the experience of being in the ring with the very best.

Derevyanchenko is coming of a loss to Gennady Golovkin in his last fight. The bout was for the vacant IBF and IBO middleweight titles, where Derevyanchenko lost by unanimous decision. He is yet to be stopped in his pro-career. 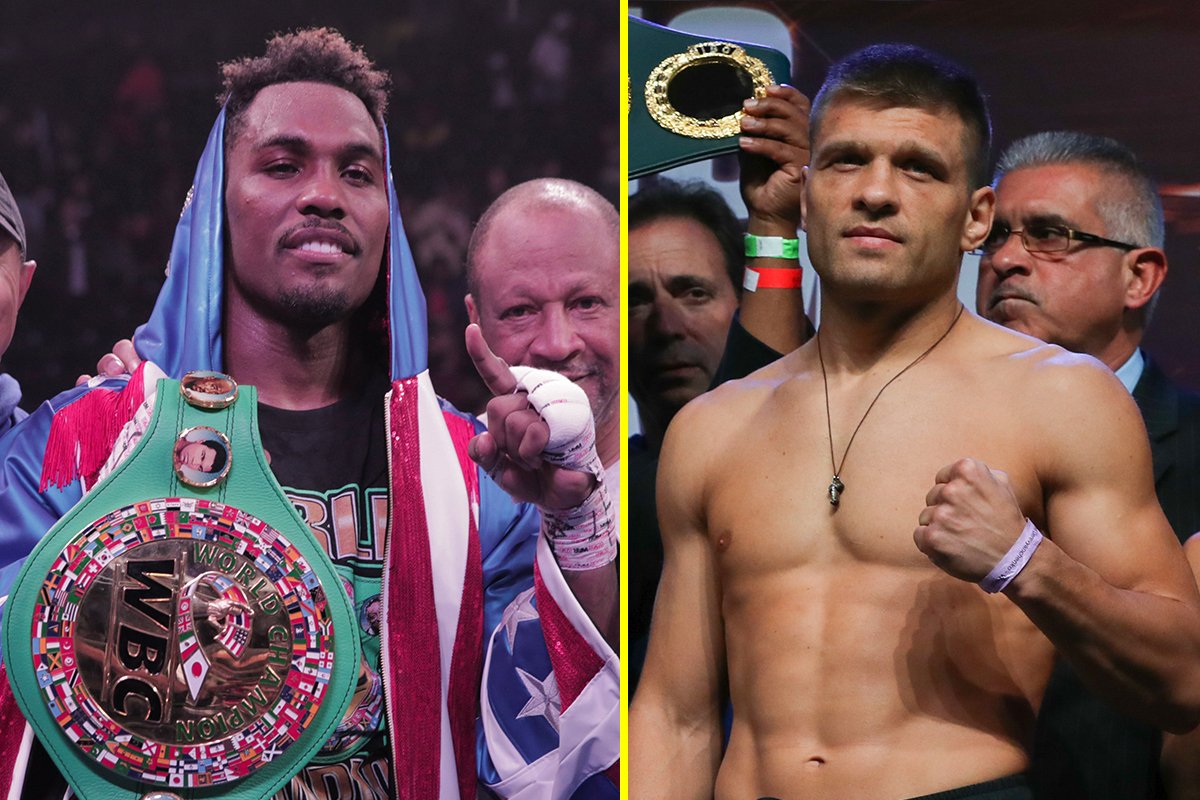 Jermall, in an interview, stated he wants to be the first man to finish Derevyanchenko. This, according to him, would put out a statement to the world of boxing. It would also solidify his title and his reign as the WBC middleweight champion.

However, it is easier said than done. Sergey, unlike Charlo, has also faced better competition than the latter. Going into the bout, he will look to use his in-ring experience to have the upper hand. Charlo, apparently being the faster and stronger opponent, will look to pressure him and try to get the early finish.

Jermall’s twin brother Jermell will also fight on the same card as the co-main. So the result of that fight might also play a factor for the former going into his fight mentally. Whatever it is, it sure will be a glorious night of fights.