Octuple World champion Manny Pacquiao has revealed a shocking truth, explaining how robbers ransacked his Los Angeles residence while he was defending his WBA title against Adrien Broner last year.

Pacquiao, who returned to MGM Grand after three years, was taking on a strong opponent like Broner. The Pac-Man comfortably notched a victory via decision. However, five unidentified men robbed his LA residence at the same time.

Manny Pacquiao got robbed, but not via a boxing fight

The Filipino senator took to social media and posted clips of his CCTV footage from January 2019. Those clips showed a group of five men entering Pacquiao’s house from the backyard.

The YouTube handle of Team Pacquiao also posted the video. Several unidentified men entered Pac-Man’s house, searched it thoroughly, and left it a wreck while departing.

A couple of minutes later, cameras spotted exiting with some goods. As per the reports of The Inquirer, nothing substantial was stolen. Yet, it was quite an alarming incident nevertheless.

Pac-Man’s brother Bobby Pacquiao has also claimed that robbers attacked their home once before. Since Pacquiao leaves the residence unattended when he is out fighting, it has become prime property for burglars.

The LA police discovered the robbery after discovering the front door open while patrolling.

Where was Pac-Man during the incident?

Pacquiao put his WBA welterweight title on the line against Adrien Broner on January 19, 2019. After going to the distance comfortably, he retained his belt in fashion.

Pacquiao overpowered Broner throughout and landed almost twice the number of jabs received. Broner changed stances but fell prey to the Filipino’s speed.

While Floyd Mayweather was present in the ringside, Pacquiao made a massive statement by notching the win via 116-112, 116-112, 117-111 on the judge’s card. However, little did he know about his LA residence being ransacked then. 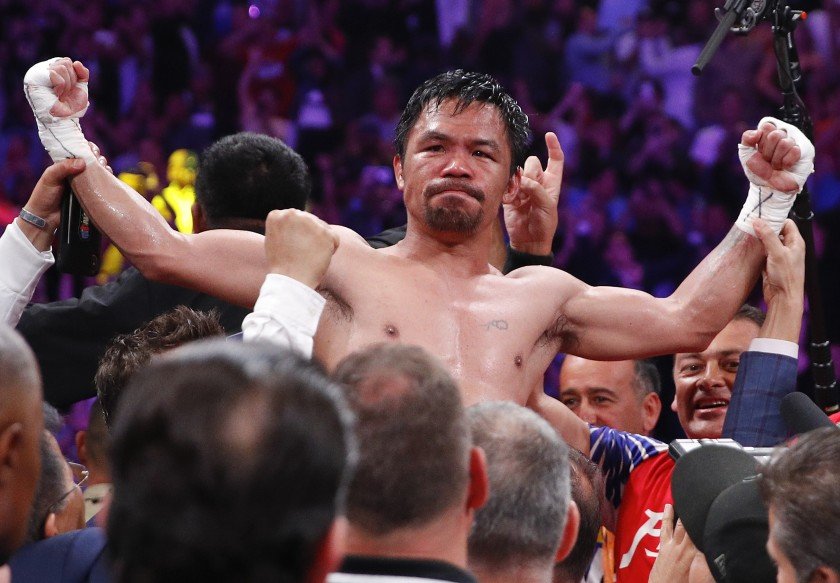 Pacquiao returned to action in the same year against Keith Thurman on July 20. The eight-divisional king surprised his rival in the very first round. Pacquiao knocked down Thurman with a sleek jab and left the crowd go wild.

However, Thurman got back on his feet and went to the distance. Later, Pacquiao claimed the win on a sheltered margin via the judge’s decision. The Senator is yet to take a fight since then.