A few days back, Canelo Alvarez and Caleb Plant created headlines as they got into a massive scuffle with each other. The duo was involved in a press conference for their upcoming fight on November 6. As a result, the atmosphere in the press event was terrific and during their showdown, a huge brawl took place.

When the duo came face to face, Alvarez pushed the American fighter. Post which the duo threw wild shots at each other. The security had to jump in to separate the pair. But this brawl ignited a tremendous fire in both these technicians and on November 6, they will look to settle their scores.

Over the past few days, many fighters and boxing personalities commented on the Plant vs Alvarez brawl. Recently, Manny Pacquiao’s ex-coach, Justin Fortune, also shared his views on the same. In fact, he warned ‘Sweethands’ about the Mexican fighting star.

Speaking to Es News, he said, “If you can’t hurt Canelo, he’ll walk straight through you, and destroy you,”

Canelo, in general, never gets involved with his opponent outside the ring and always looks to settle his score inside the ring. But this was one of the few moments when he got violent prior to entering the ring. 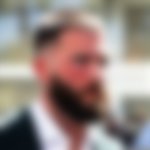 The p4p king is firm in his pursuit to become the undisputed super-middleweight king. And Caleb Plant is his final test at this weight class. The 31-year-old holds all the belts at the 168-pound weight class, whereas Plant has the IBF belt under his wing.

Therefore, Alvarez will look to dethrone ‘Sweethands’ from his spot and cement his place in the history books.

Canelo Alvarez vs Caleb Plant – What to expect?

Moving into this fight, Canelo is a hands-down favorite for obvious reasons. He is a much more experienced fighter than Plant and has the ability to take the fight long and end it in a flash.

That said, his game plan will be worth the watch. However, if Plant comes up with an oppressive approach and looks to go toe to toe with Canelo, this fight will get even more entertaining.

On top of that, the rift shared between the pair makes this contest even more luring.

Who will you be rooting for?