The Jake Paul and Ben Askren is the only thing on the lips of all boxing fans in the world right now. The high-profile bout between the two has taken center stage thanks to the trash-talk between them. So ahead of their bout, we look at who the other professionals have picked to come out on top.

The two will fight as the main event of Triller’s PPV on Saturday. While many have been vocal in criticizing, few have given their outright predictions for the fight. Some have stayed on the fence, whereas others have made clear their pick. So let’s look at some predictions. 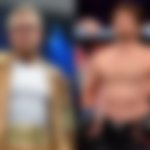 Jeff Mayweather went around the Mayweather boxing gym, interviewed their fighters, and asked them their predictions. Lightweight champion Teofimo Lopez said, “Man Ben, you better whoop his f***ing a**.” He then added, “I’m on Ben’s side, yeah.”

Ben Askren himself has given his prediction. ‘Funky’ said, “Round seven, TKO. He quits, he gives up, he cries, he cries like Jeff said. He’s going to cry again.”

Jake Paul has not given one definitive answer. However, he has promised a knockout victory over the former MMA champion.

Other stars predict the Paul vs. Askren fight

Given the magnitude of the fight, many others are talking about the bout and giving their predictions. Paul’s brother, Logan Paul, has told Askren that he has to back ‘The Problem Child’.

Former UFC double champion, Daniel Cormier, also gave his views on the fight. He claimed Askren would beat Jake Paul easily. But Mike Tyson has sided with Jake Paul to get the victory.

Many other fighters, including UFC stars, have spoken about the bout. However, many have remained neutral and showed their excitement for the fight. Thus, it promises to be a cracking contest given the different styles of both Askren and Paul.

What do you make of this fight? Do you think Jake Paul will win or do you think Ben Askren’s experience will show in the fight?