WBA (Regular) lightweight champion Gervonta “Tank” Davis, who is signed under Mayweather promotions, talked about Floyd Mayweather’s role in his preparation for his upcoming bout against Leo Santa Cruz on October 24.

Tank says @FloydMayweather is a “hands-on” trainer and will even spar at times. pic.twitter.com/AGct4niVFB

“There are some things I can do with Floyd [Mayweather], and some things I know I can’t because we are different fighters… While I’m sparring, if I don’t get it he’ll get in there and spar.[He’ll] show me what he’s talking about… To be honest, he’s been hands-on more than my coach at this point,” Davis said on Brian Custer’s Last Stand podcast.

Gervonta Davis, (23-0, 22 KOs) besides being the WBA (Regular) lightweight champion, also held the IBF super featherweight and the WBA featherweight title in the past. He made his pro-debut in 2013 and is currently coming off a twelfth round TKO win over Yuriorkis Gamboa.

Despite his diminutive stature, Davis is known for his incredible punching power. He has knocked out all but one of his opponents in his professional career. 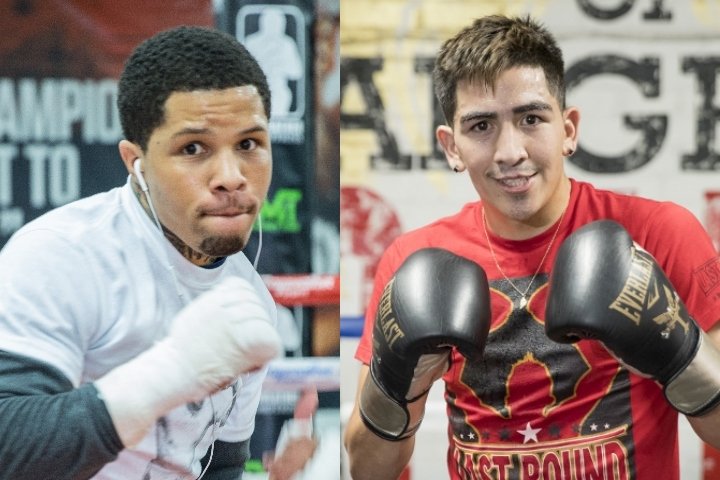 In an unusual contract agreement, Davis’ lightweight title will also be on the line in the super featherweight match. Hence, Davis not only has to worry about making the 130 lb weight limit but also about losing his title without fighting in his weight class.

Santa Cruz, on the other hand, has a golden opportunity to cement himself as one of the top pound-for-pound boxers in the world and become a five-division world champion by taking Davis’ lightweight strap without even fighting in 135 lb division.

In such a scenario, getting trained by Floyd Mayweather will definitely help Davis in his preparation for the bout, especially when he’s up against a challenger like Santa Cruz. He will need all the guidance he can get for the toughest challenge of his career.